A famous specialty of Osaka is octopus balls – Takoyaki which is a dumpling-like snack consisting of chunks of octopus cooked inside of a pancake-like batter. A otafuku/okonomiyaki sauce is poured over the top and the balls are sprinkled with seaweed flakes and dried fish shavings.


Batter is poured into a special iron cast that has hemispherical moulds and a piece of octopus is placed inside each mould. The takoyaki is cooked with a sharp metal pick, which the chef uses to pick at the cooked batter to move it around and make sure that the balls are grilled through and golden brown.


It’s a delicious little treat! Piping hot balls of fried batter with a piece of smoking octopus inside, covered with sauce and toppings that provide a blend of sweet, salty and savoury flavours - it’s a perfect combination!


It is interesting to note that even though the staple food of Japan is rice, the top two specialties of Osaka are okonomiyako and takoyaki are made with flour and consist of a crepe-like/pancake, batter base. It shows a bit of a French-Western influence! 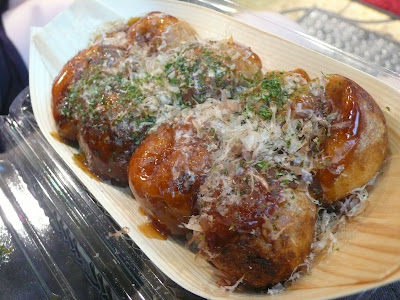 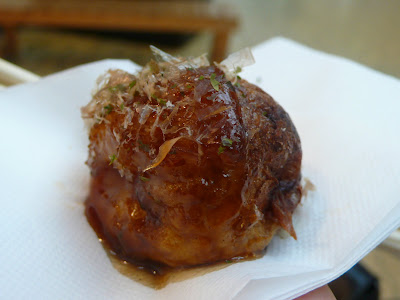 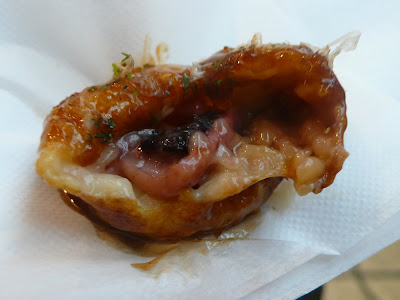 It tastes much better than it looks! 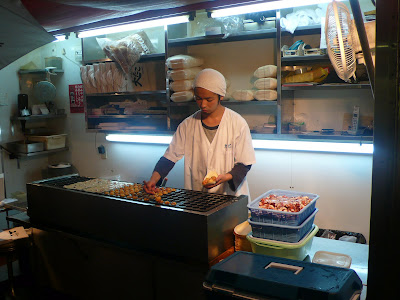 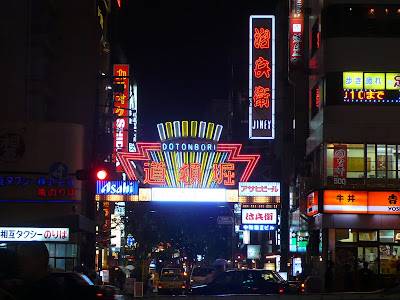 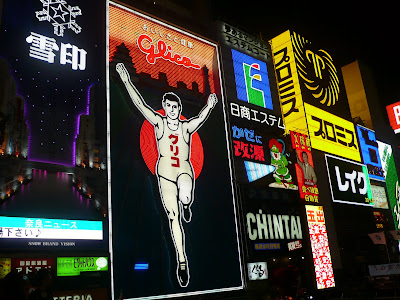 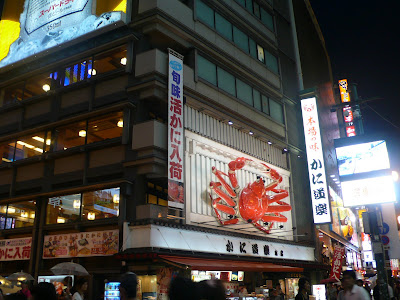 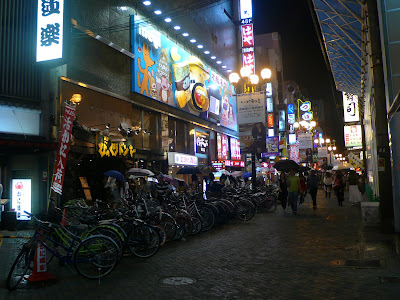 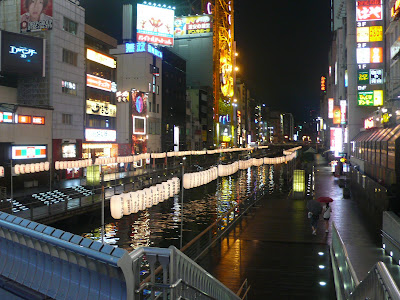 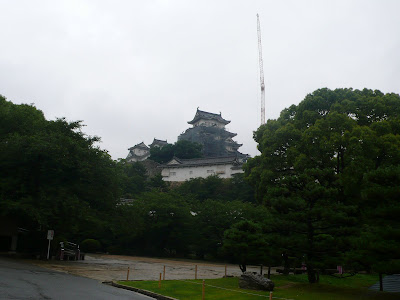 During the day we visited Himeji Castle. The castle is built on the top of a hill called Himeyama, which is 45.6 meters above sea level. The main tower, which is the center and the symbol of the castle, is 46.4 meters high and stands 92 meters above sea level. Himeji Castle is the largest castle in Japan and is famous for its huge main tower, and its highly effective and complicated defensive design. It is regarded as the finest surviving example of 17th century Japanese castle architecture, comprising of a network of 83 buildings with advanced defensive systems from the feudal period. It is the only castle in Japan that was never invaded or damaged, and has kept its original form for over four hundred years. When we were there the castle was undergoing some restoration work so some areas were closed off to the public but we were still able to wonder around and explore its wonders.


As we walked around the grounds we tried to imagine that we were invading soldiers and looked out for traps and bottlenecks, and thought about any potential attacks that we could have been confronted with. 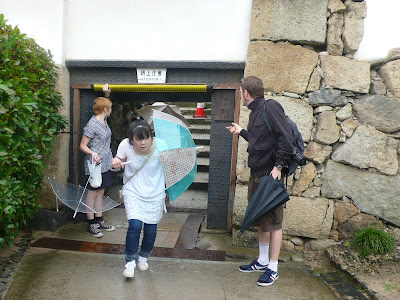 (Attention: watch out for small doorways!)
One of the castle's most important defensive elements is the confusing maze of paths leading to the castle keep. The gates, baileys, and outer walls of the complex are organized so as to confuse an approaching force, causing it to travel in a spiral pattern around the complex on its way to the keep. In many cases, the castle walkways turn back on themselves, inhibiting navigation.


We even experienced some trouble navigating ourselves around the castle complex! 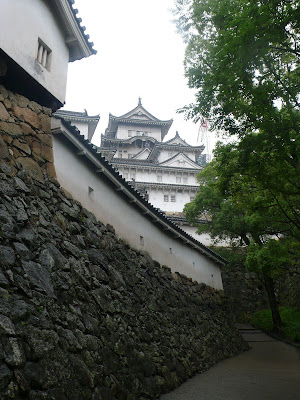 There were also many loopholes in the shape of circles, triangles, and rectangles are located throughout Himeji Castle, intended to allow musketeers or archers to watch intruders and fire on attackers without exposing themselves. 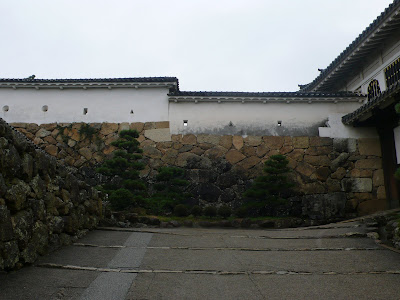 The moat to the castle – dare to cross it? 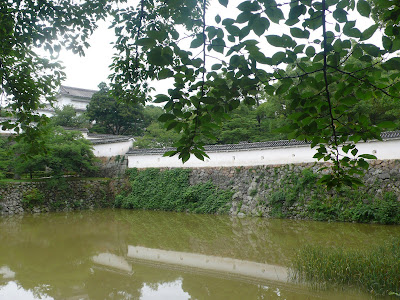 We noted that in today’s society of modern warfare, the complex defensive design of the castle would appear redundant as combat rarely happens at the ground level and it would not stand a chance against the firejets and the bomb.  However, it was extremely fascinating to explore the castle’s historical defense system, you cannot help feel mesmerized by the immensity of the surroundings of the castle…


From a window of the castle - Himeji city in the background. 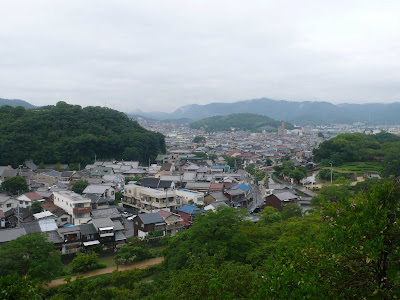 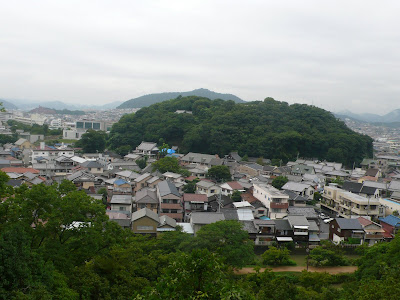 Posted by Blue Apocalypse at 10:48 AM