DAY TWO IN JAPAN
In Japan we did the touristy thing of visiting a lot of temples.  It’s interesting to note that when people travel to Europe, the thing to do it check out all the old churches and in an Asian country the thing to do is to check out all the old temples (for non-religious reasons). I guess it’s the history surrounding these buildings, the amazing designs/architecture and the influence on the culture of the society.


Nara is an ancient capital of Japan and the birthplace of Japan. It has some of Japan's oldest and largest temples which are World Heritage listed.


Karen’s Japanese friend, Chika, joined us for the day to guide us around Nara. On the train to Nara an old man started talking to us, he spoke good English and enquired about where we were from and where we were going. We told him we were going to the Horyuji Temple and he told us not to worry, he would take us there. When we got off the train, he led us to Horyuji Temple by taking the short cut and walking us through many small streets. He turned out to be a retiree and spends his spare time volunteering as a tourist guide for foreigners (ie: pouncing on unsuspecting victims on trains). 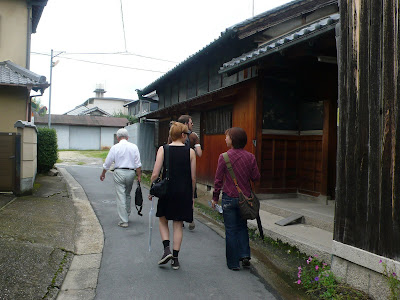 The benefit of having this old dude guide us around was that we got to see many of the local houses as we walked through the back streets and without him we would have stuck to the main roads. 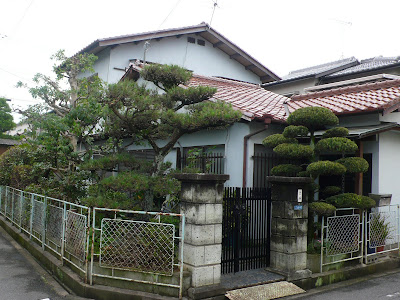 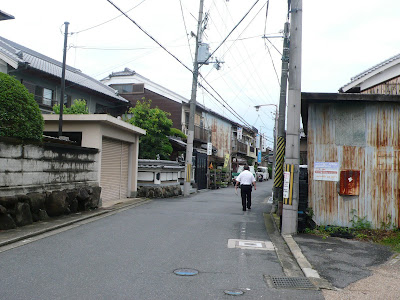 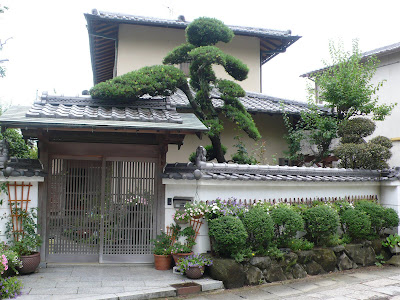 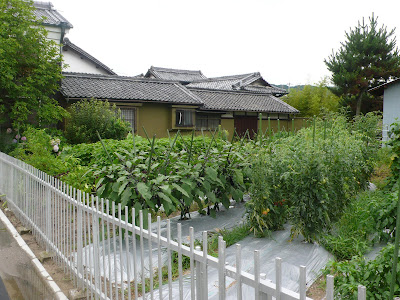 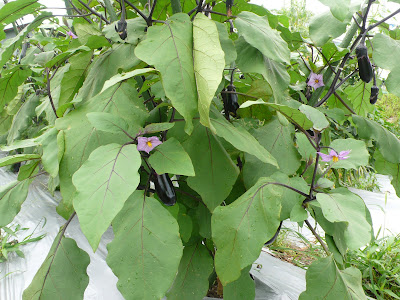 I tried the local specialty of Nara which was kakinohazushi - sushi wrapped in persimmon leaves. The persimmon leafs have antibacterial properties and they are salted to increase the effect. All ingredients (mackerel, salmon, trout) are cured and placed inside a square wooden mold with the sushi rice on the bottom and pressed. The resulting block of sushi is then cut into individual bite sizes (rectangular blocks) and then wrapped with the salt cured persimmon leafs. After this is completed, they are once again placed neatly inside the mold and topped with a weight and left alone in a cool area for a few days. 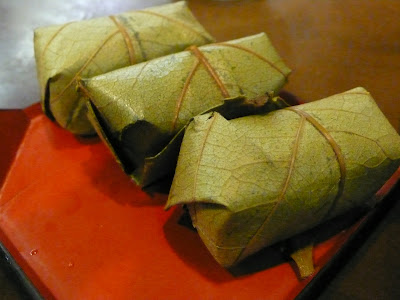 I was very excited about eating my very first piece of sushi in Japan. When the kakinohazushi arrived at our table I immediately picked it up and took a bite. Chika let out an exclamation in my direction and said that’s not how I’m supposed to eat it! I spat out the piece of sushi. I can confirm that the persimmon leaf is not edible. Chika told me that I was supposed to unwrapped the sushi from the leaf and then eat it…but I'm a tourist...I don’t know these things! 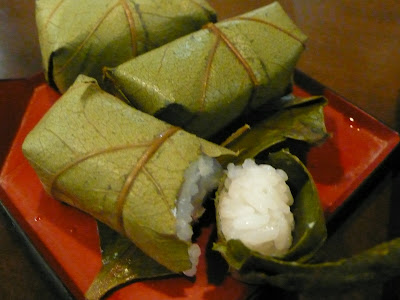 
But I have learnt my lesson now - persimmon leafs are not for consumption and should be discarded before eating! 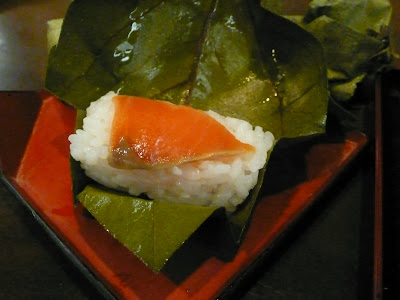 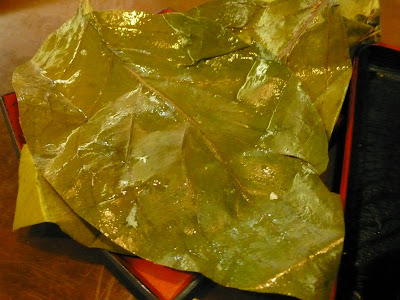 I also had a bowl of green tea soba noodles. 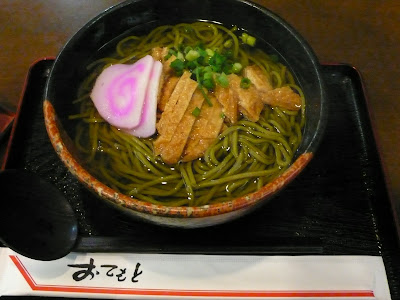 I took photos of everything we ate, Karen described me to her Japanese friend, Chika, in Japanese as a ‘food maniac’ – I am guilty as charged! 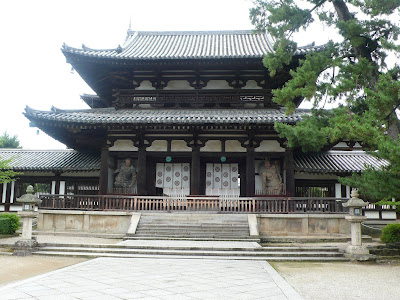 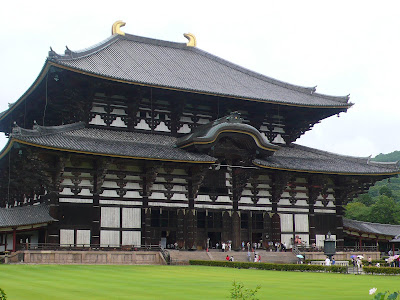 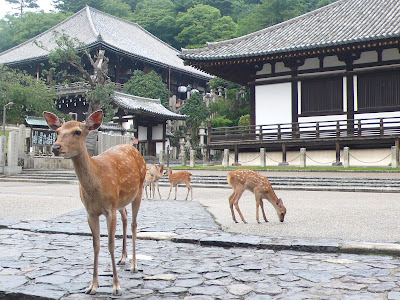 A popular attraction of Todaiji is a pillar inside the temple which has a hole in its base the same size as the Daibutsu's (the Large Buddha's) nostril. It is said that those who can squeeze through this opening will be granted enlightenment in their next reincarnation. 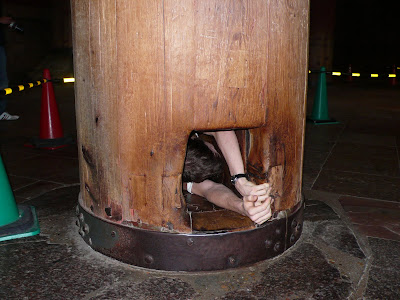 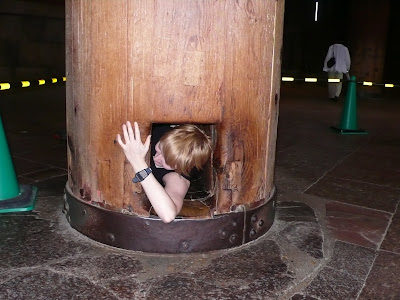 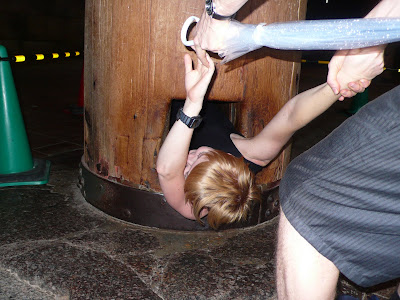 With a little help...
Posted by Blue Apocalypse at 4:45 PM