DAY FOUR AND FIVE IN JAPAN


A great way to experience traditional Japanese culture is by staying at a Buddhist temple. Temple lodging is known in Japanese as ‘shukubo’ and you get to experience a monk’s lifestyle, eat vegetarian monk cuisine ‘shojin ryori’ and attend the morning prayer ceremonies.


We spent one night in a Buddhist temple on Mount Koyasan, the center of Shingon Buddhism. It’s about a three hour journey from Osaka but the ride was very scenic. 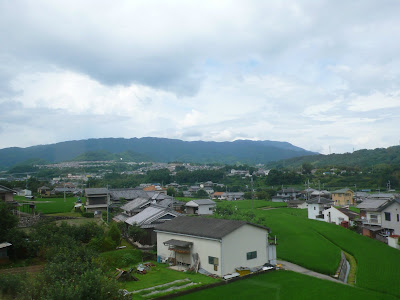 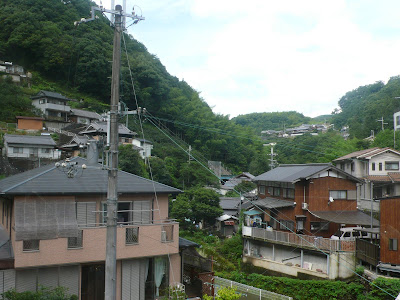 (On our way to Koyasan on the train) 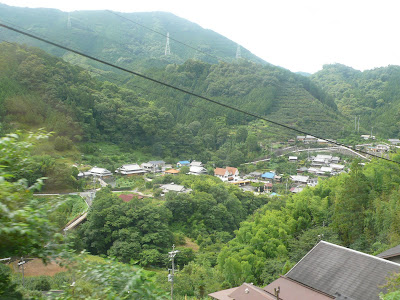 (Heading up to Koyasan in cable cars) 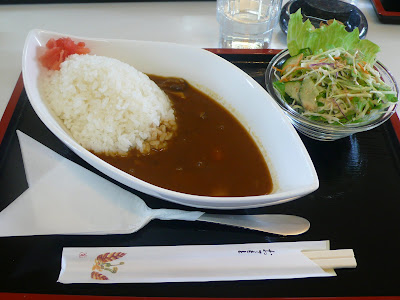 We had a surprisingly awesome mushroom curry at the lunchbar located at Koyasan station, it tasted of homemade goodness – who would have thought that food served at the train station could taste so good! 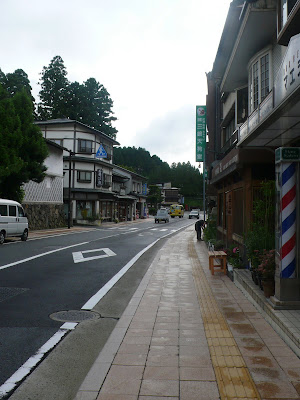 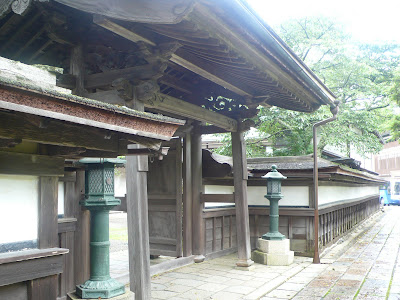 (The front of the temple we stayed at) 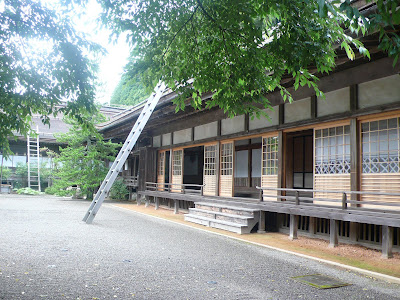 There are many guesthouse temples in Koyasan, we stayed at Shojoshinin Temple which is down the cheaper/budget end but was still over $100 (AUS) for the night. The temple was really nice and our stay was a very pleasant experience. 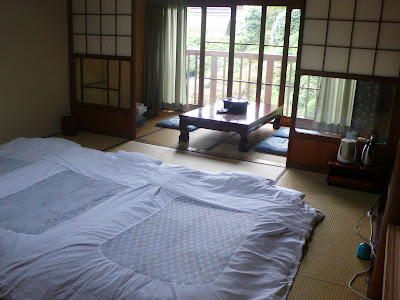 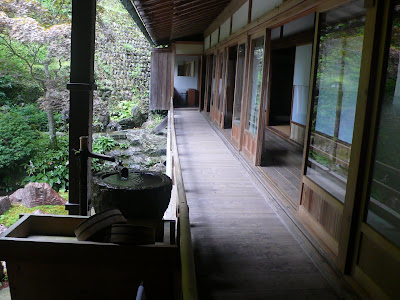 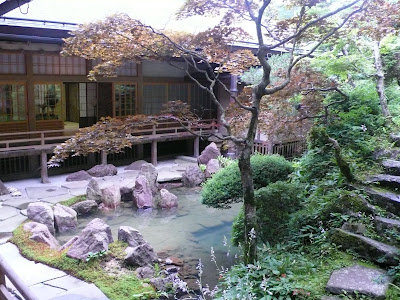 We were way up in the mountains and the accommodation at our temple was basic but to our surprise, not only did the temple have TV so we spent the night in watching crazy Japanese TV but it also had free wifi!


Included in our stay was dinner and breakfast, 100% vegetarian meals! 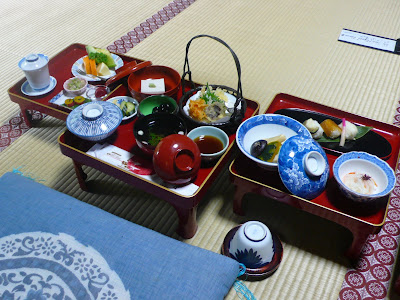 (Dinner is served!)
I thought that monk food would be bland and boring but it was lavish and tasty, and very flavoursome. It was interesting to see how many different flavours were created with simple ingredients through the use of different herbs and pickling of vegetables. It’s definitely an acquired taste though, growing up with Chinese/Vietnamese food I am used to tastes that may seem very strange to a Western palate. One of my friends was not as impressed with the food as I was and kept thinking that everything was weird tasting.


One thing you that you will note about Japanese food is the use of many dishes (I would hate to be the person that has to do the dishes in Japan!).


Unlike Chinese meals where there are large serving dishes put in the middle of the table to share – Japanese meals are usually served on individual dishes in small servings. A tray is usually provided to each diner with all the food served at the same time but each dish is on its own carefully chosen plate or bowl. I think that presenting each component of the meal like this compels you to eat each portion of the meal individually and allows you to appreciate each element on its own.


Western food is generally dished up all onto one big white plate and the diner may mix it all up. 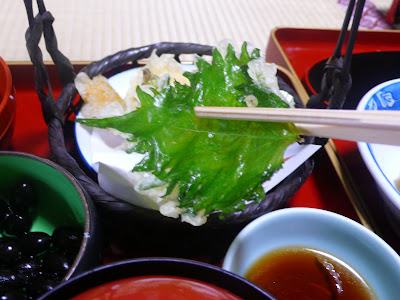 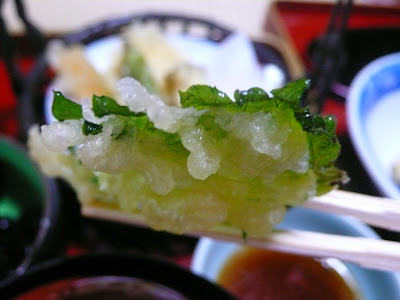 We managed to wake up at 5:30am in the morning to catch the morning prayer ceremony by the temple monks! A hypnotic experience involving chanting, incense and gongs.


Breakfast was served at around 6:45am. 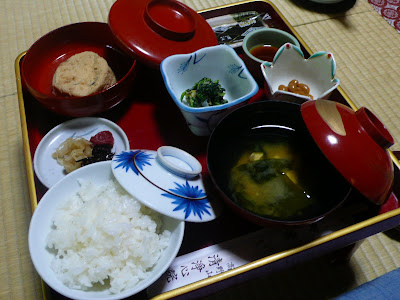 During the day we explored the Okunoin cementary, the largest forest graveyard in Japan which contains the tombstones of numerous famous Japanese, including that of the samurai ruler Toyotomi Hideyoshi (or Taikô Hideyoshi) as well as memorials to the spirits of soldiers killed in the Pacific War. It was an enchanting experience walking through the winding paths of the cemetary as rays of the sun pierced through the towering trees, wondering about the dead that lay underneath these beautiful tombstones. 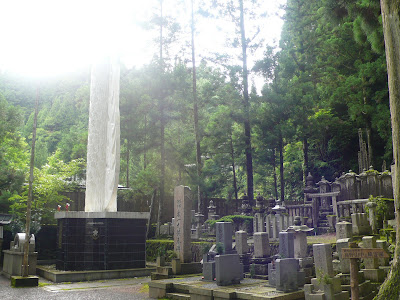 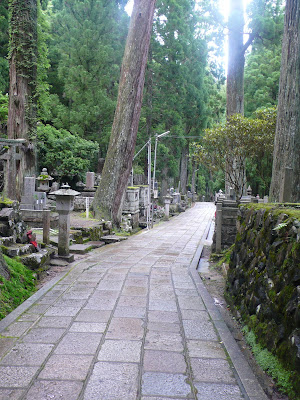 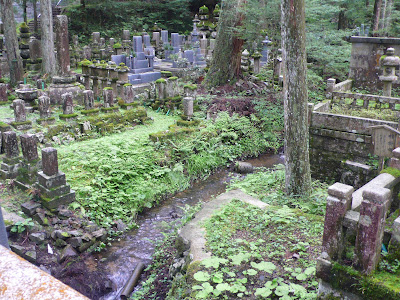 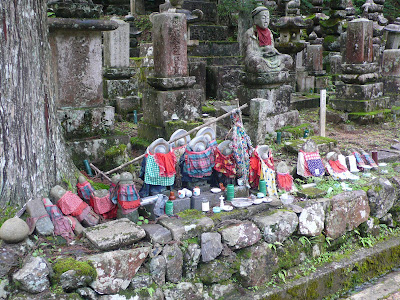 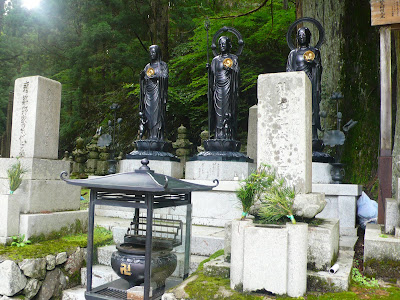 Please note that in Japan the swastika is a sacred symbol and represents a Buddhist temple.