Patrick Jake O’Rourke is an American political satirist, (gonzo) journalist and writer. He is known from his libertarian, sometimes conservative and anti-leftist viewpoints.

If you have read any of PJ O’Rourke’s work, then you would know that he is quite a humourist. PJ never fails to make me laugh but also be enlightening at the same time. I went to a lunch talk by PJ last year when he toured around Australia promoting his book On the Wealth of Nations and afterwards I shook his hand and he signed my book!

Even if you do not share the same views/ideological beliefs as PJ, there will be times when you read something of his and think ‘he makes a good point’.

Here are some of my fav PJ quotes –

“There is only one basic human right, the right to do as you damn well please. And with it comes the only basic human duty, the duty to take the consequences.”

“Giving money and power to government is like giving whiskey and car keys to teenage boys.”

“Anyway, no drug, not even alcohol, causes the fundamental ills of society. If we're looking for the source of our troubles, we shouldn't test people for drugs, we should test them for stupidity, ignorance, greed and love of power.”

As you can see PJ provides a lot of political commentary, but enough about politics because this is a cooking blog afterall. There is a cooking related reason for introducing you to PJ.

In 1987, PJ wrote a book called The Bachelor Home Companion: A Practical Guide to Keeping House like a Pig (one of the funniest books I have ever read!). This book devotes two chapters to cooking which I wanted to share.

I will provide extracts of cooking related information by PJ from his Bachelor Home Companion below with my random commentary in italics.

What basic cooking equipment should a bachelor have in his kitchen? PJ lists the following items.

But what if you don’t possess any cooking utensils? PJ provides some emergency helps.

•    Cook a toasted sandwich by wrapping it in aluminium foil and ironing it with a steam iron. A steam iron can also be turned upside-down and held in place with books to make a hot plate.
•    Make your own beef jerky by letting meat sit out on the countertop for a week.
•    Dangle a cube steak in front of a blow dryer.
•    Turn TV dinner directly into cold leftovers by allowing them to thaw.
•    Use a low-speed electric drill to turn any fire into a rotisserie.

PJ provides some useful information on ingredients used in cooking.

Meat – Despite the fact that meat is made from a dead animal, it shouldn’t smell that way. Try this test for meat freshness: close your eyes and see if you can tell the pork chops from a gym locker.

Fruit – Is a vegetable with looks and money. Plus, if you let fruit rot, it turns into wine, something brussels sprouts never do.

Bread – Commercial white bread, though not food by any stretch of the imagination, does turn anything you put between two slices of it into lunch. No home should be without some.

Salt – Keeps your blood pressure up to the pitch of modern life and improves all foods. Without salt, pretzels would be nothing but breadsticks with bad posture and potato chips would be potatoes. Use salt in everything.

Sandwich Sandwich – A slice of bread between two slices of bread.

How do you know when to throw out food? PJ provides some tips on how to tell when foodstuffs spoiled and should be discarded.

Chip dip – If you can take it out of its container and bounce it on the floor, it has gone off.

Obviously, the chapters on cooking would not be complete without some recipes. Here is PJ’s recipe on how to cook a steak.

Buy the most expensive steak you can find, about as thick as the heel of Bass Weejun. Salt and pepper it liberally and don’t worry that salting the steak before it’s cooked will make it tough. Salt does not make steak tough. Poverty makes steaks tough, sometimes absent entirely. Put half a shot glass of any kind of oil but motor or olive oil in a skillet. Heat up until the oil smokes like hell. Now take the batteries out of your smoke detector and put the steak in the pan. Fiddle with the steak, turn it over a lot and poke it constantly with a fork and knife. This does nothing for the steak, but it keeps you from wandering off and starting to watch a basketball game and turning the T-bone into a flight jacket. As soon as you think the steak should cook just a little longer, stop cooking it.

That’s enough, if you want more, buy the book! I hope you have had a laugh. 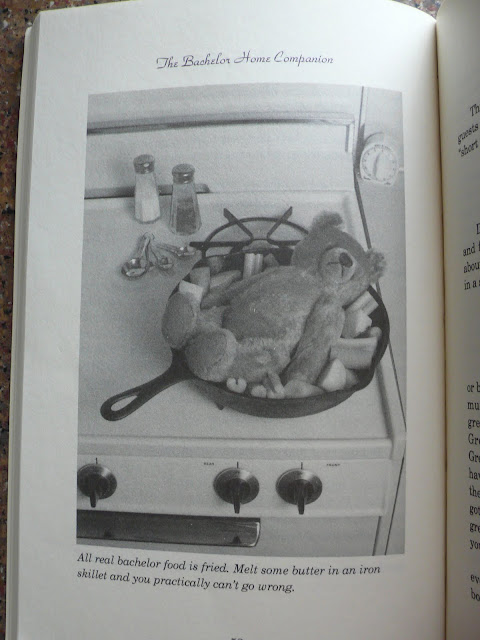 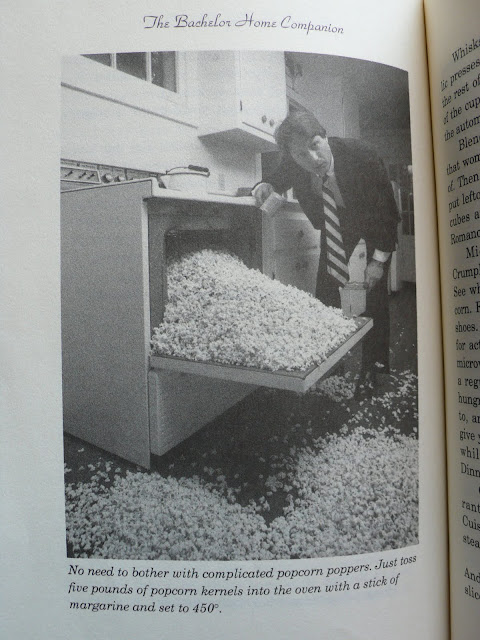 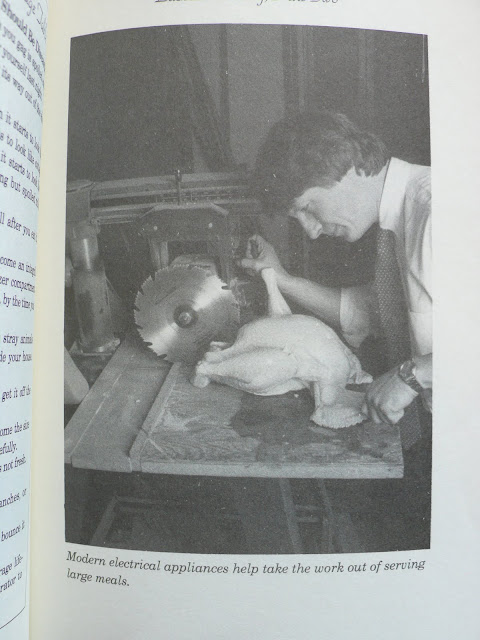 Posted by Blue Apocalypse at 8:55 AM