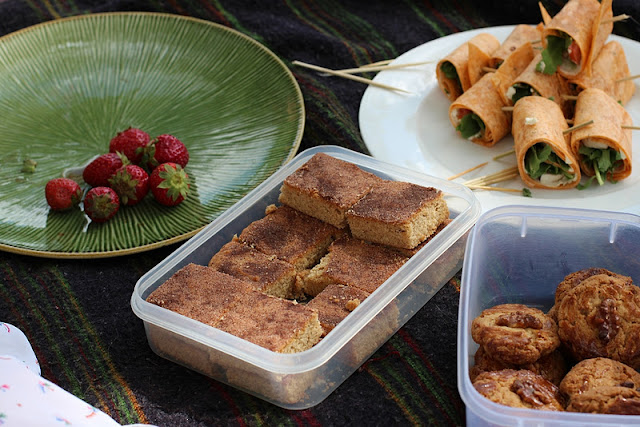 I can tell that summer has started in Perth with a flow of invites to picnics coming through to my inbox. Everyone wants to get out and catch up now that there is blissful sunshine, and for hayfever sufferers like me, I can finally enjoy being outside again. I like the casual nature of a picnic as a get together - bring a blanket, food, drinks and games, and then spend hours lazing about in the sun eating, drinking and talking. It’s the best way to spend a Sunday afternoon.
On the weekend I went to a picnic at Kings Park. There was a little rain on Sunday morning and also a risk of a thunderstorm forecast for the afternoon but that did not deter picnic plans. As the hostess put it – “once the baking had been done, it was too late to turn back”. Thankfully the weather held up and the sun came out to play, and we had some lovely picnic weather for the rest of the afternoon. 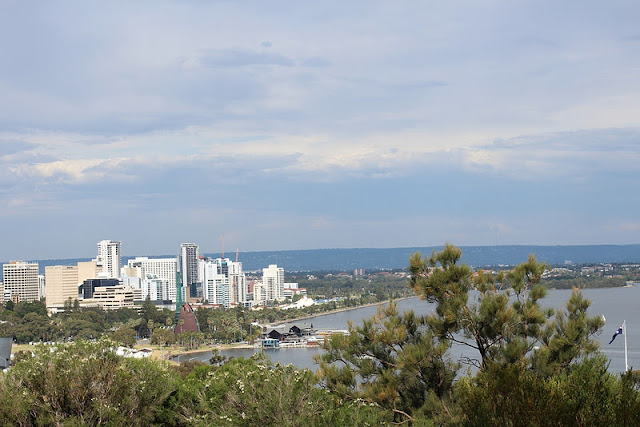 Kings Park overlooks the Swan River and is one of the largest inner
city parks in the world. 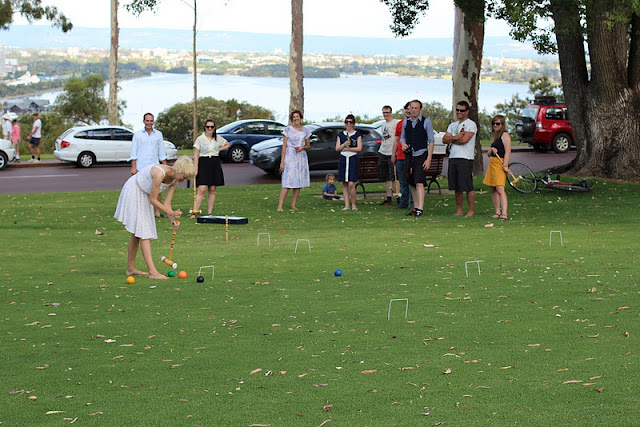 Game of croquet.
Picnics are a social affair and the food is there to just pick and graze on, so picnic food should be simple and not too fancy.
A winner was whoever did the pieces of watermelon, feta, mint and olive on a toothpick. It was a delicious and refreshing snack. 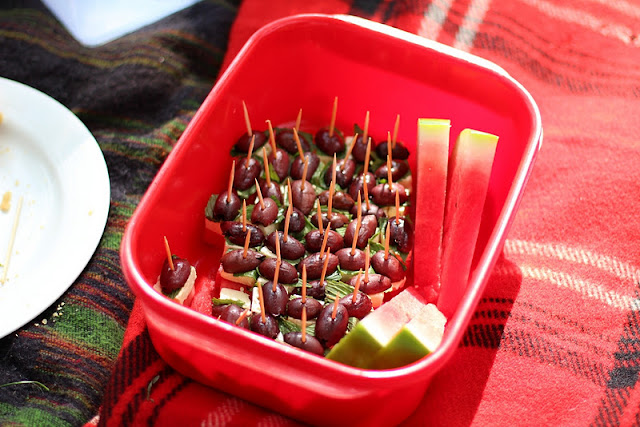 An idea I will steal for future picnics.
My contribution to the picnic was snickerdoodle blondies. Snickerdoodle blondies stem from snickerdoodles which are a classic American cookie, a bake sale staple. Snickerdoodles are basically sugar cookies that have been rolled in cinnamon sugar before baking. Snickerdoodle blondies turn the classic cookie into a batch of blondies. They are easy to make and uses ingredients that most people who are frequent bakers would already have in the pantry.
When I first baked snickerdoodle blondies I was surprised at how good they were, they tasted like oven baked doughnuts! - soft on the inside with a crunchy cinnamon-sugar topping. They are also wonderfully fragrant.
One thing that I find annoying when baking any sort of slice/brownie/blondie is that every recipe specifies the use of a different sized baking pan. I can’t be bothered or have the room for half a dozen different sized baking pans in my kitchen so I adapted the recipe to suit the size of the pan that I have. I use an 8x8inch (20cm) square baking pan for most things that I make. I’ve adapted the recipe to include more butter and also reduced the oven temperature to ensure a soft and dense texture. 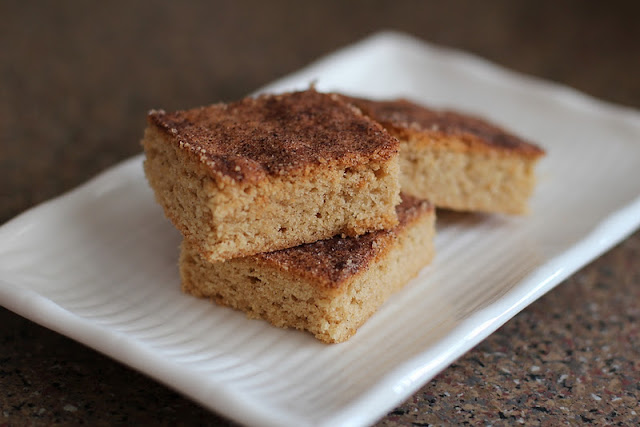 Snickerdoodle Blondies
(adapted from the blog My Baking Addiction)
Ingredients
•    1  1/3 cup plain flour
•    1 teaspoon baking powder
•    1 teaspoon ground cinnamon
•    1/8 teaspoon grated nutmeg
•    ½ teaspoon salt
•    1 cup packed brown sugar
•    150g unsalted butter, softened
•    1 egg, room temperature
•    2 teaspoons vanilla extract
•    Topping - 1 tablespoon caster sugar, 1 teaspoon ground cinnamon and pinch nutmeg
Method
Preheat oven to 150C and line an 8x8inch baking pan with greaseproof paper.
Combine the flour, baking powder, cinnamon, nutmeg and salt in a bowl and set aside.
In large bowl, beat together butter and brown sugar for 3-5 minutes. Add in the eggs, then the vanilla, and beat until smooth.
Stir in the flour mixture until well blended. Spread evenly in prepared pan (mixture will be quite sticky and like cookie batter, so it’s best to spread it out with a greased spatula or your hands).
Combine the caster sugar, cinnamon, and nutmeg in a little bowl. Evenly sprinkle cinnamon sugar mixture over the top of the batter.
Bake at 150C for 25 minutes. Cool before cutting.

Posted by Blue Apocalypse at 7:49 AM