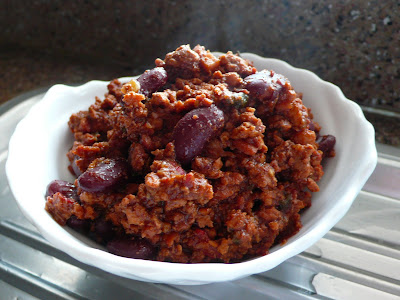 On the weekend I tried cooking some chilli con carne. The name "chili con carne" is taken from Spanish, and means "peppers with meat." The recipe for chilli con carne is highly disputed, everyone has their own way of making it and there is much controversy over the type of ingredients which should or should not be included such as beans and tomatoes.


Every year the International Chili Society holds world championship cookoffs for chilli con carne all over America. Among other things, cooks are forbidden to include beans and pasta, and use any pre-cooked ingredients (see all the rules and regulations here) in the preparation of chili for the official competition.


I’m sure most people have heard of Heston Blumenthal…well he has made a version of chilli con carne but it was inelligible for the International Chili Society cookoff because it contained beans!


Purists eschew the use of beans. A popular saying among self-proclaimed chili purists is "If you know beans about chili, you know chili ain’t got no beans".


Here is my version of chilli con carne which I developed from reading a number of different recipes. I don’t think that it would be considered authentic but its essence is a spicy beef stew. Traditional versions of chilli con carne are made minimally with chili peppers, garlic, onions and cumin, along with chopped or ground beef. I included additional ingredients like using a mix of different meats, chocolate, wine and a variety of spices to achieve a more rich and intense flavour. 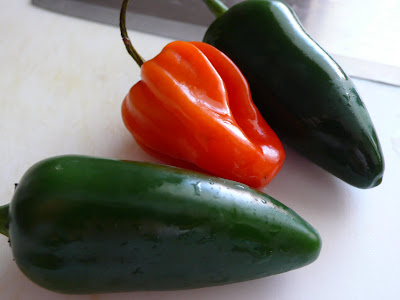 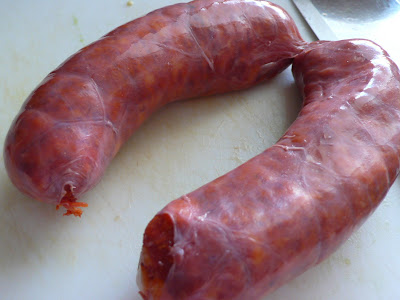 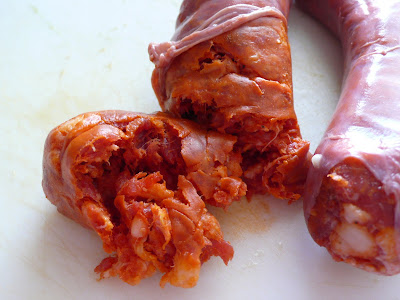 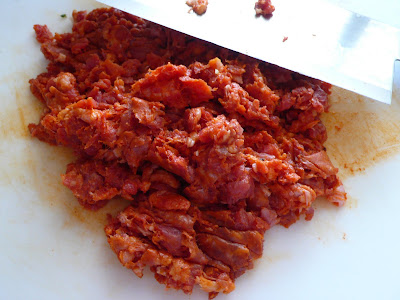 removing the chorizo meat and chopping finely
Method
Heat 1 tablespoon olive oil in a large frying pan and cook the beef and pork mince, breaking up with the back of a spoon, for 5 minutes or until brown, transfer to a plate. Then cook the chorizo in the frying pan with the bacon for 2-3 minutes until it starts to brown. 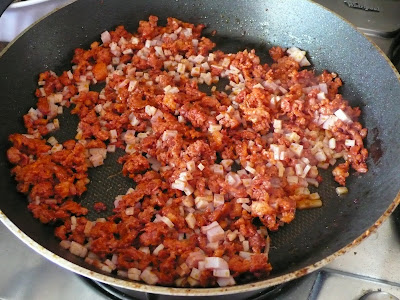 In a large heavy based saucepan, heat 2 tablespoons of olive oil and fry the shallots for a few minutes until softened, then add the garlic, chillies and fry for few minutes. Add spices to onion/chilli mixture – ground cumin, ground coriander, ground cinnamon, cayenne pepper and sweet smoked paprika powder and fry for 1-2 minutes until aromatic. 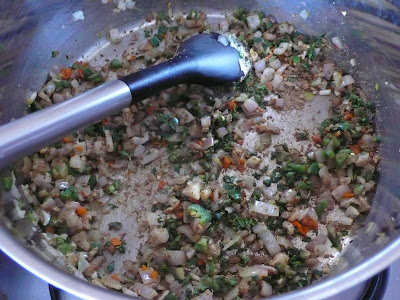 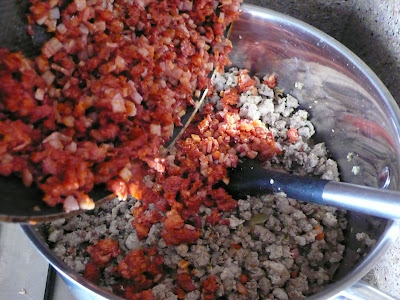 Add red wine and cook for a few minutes until the wine has reduced.


Add red kidney beans and cook for another 15-20minutes. 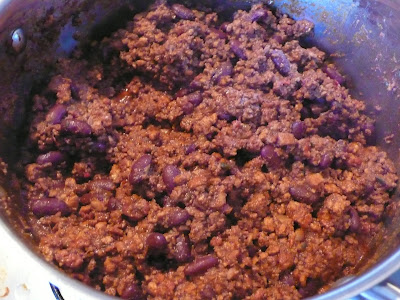 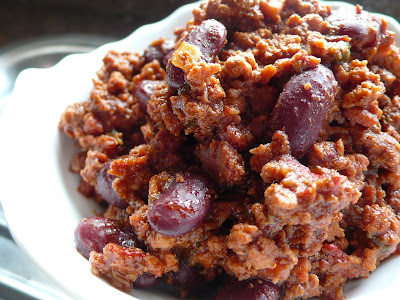 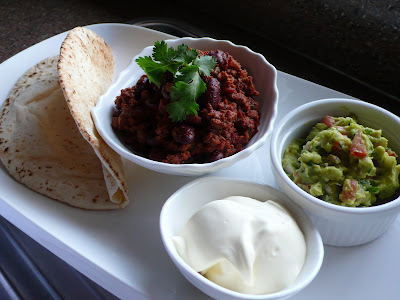 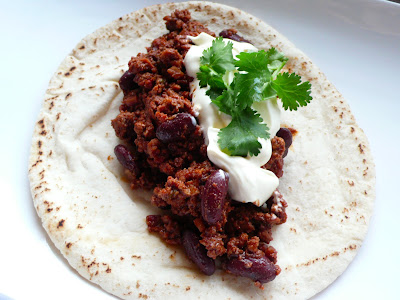 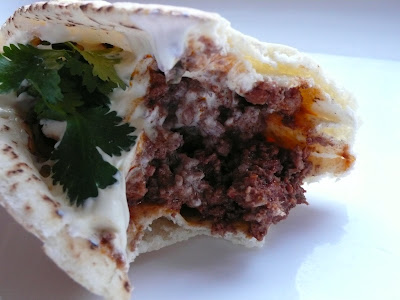 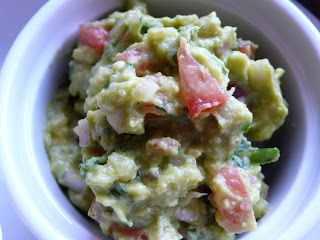 
Method
Put the shallots, garlic, coriander and chilli in a bowl. Scoop the avocado flesh into the bowl and use a fork to mash the avocado and combine it with the other ingredients. Then add lime juice and tomato into the bowl, season with salt and pepper to taste and mix together well.
Posted by Blue Apocalypse at 9:11 AM