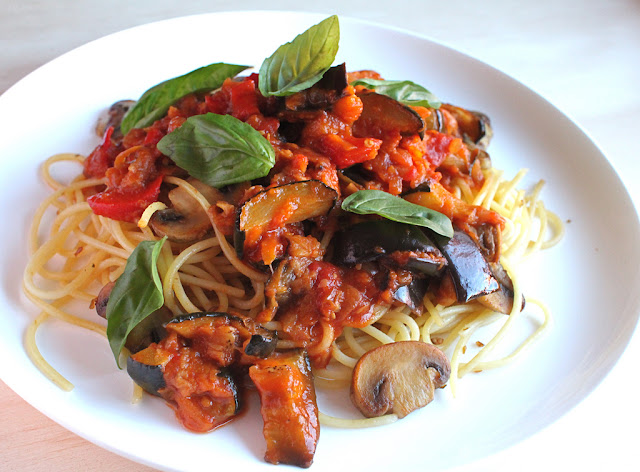 When I first mastered making fresh pasta it became the holy grail. So much so, that I invented my own principle – the Blue Apocalypse Razor. I thought that this was the best and thus, the only way you should have pasta. Dried packet pasta became downgraded to the status of canned goods. This was the attitude of the young me that was just starting to cook and intent on learning how to make things from scratch instead of the pre-made stuff. Because fresh and made from scratch is always better…right?!

I mean, I spent so much time making fresh pasta, bruising my hands kneading the dough, straining my wrist winding the handle of the pasta machine, wounding myself cutting the pasta dough…then I have to wait and watch paint dry, wait…I mean the pasta. No pain, no gain right?!

But this way of thinking shows a lack of understanding of how pasta is used and that different types of pasta have their own unique qualities.

Comparing fresh and dried pasta is like comparing apples and oranges, they each have a different taste and texture. Fresh pasta isn’t always better, it depends on how you plan on using it, the sauce accompanying it and sometimes it's a matter of if you live north or south. Fresh pasta is lighter, tender and more delicate, making it better suited to simple sauces like cream or oil based ones such as alfredo and pesto. While dried pasta is sturdier and has a bit more bite so it can take on a thicker, richer sauce like amatriciana or bolognese. In Italy, as a result of geography, climate and history, dried pasta is commonly used it the South while the Central and Northern Italy are more known for using fresh pasta.

Dried pasta is not just some convenient, inferior, alternative to fresh pasta. Especially when you can do awesome things to it like FRY IT!

This was a tip that I received from a friend about using dried packet spaghetti which I think is the best thing that you could ever do with it FRY IT! He told me it was an old skool Italian thing but I have not managed to find anything to confirm this so it exists as some urban legend. 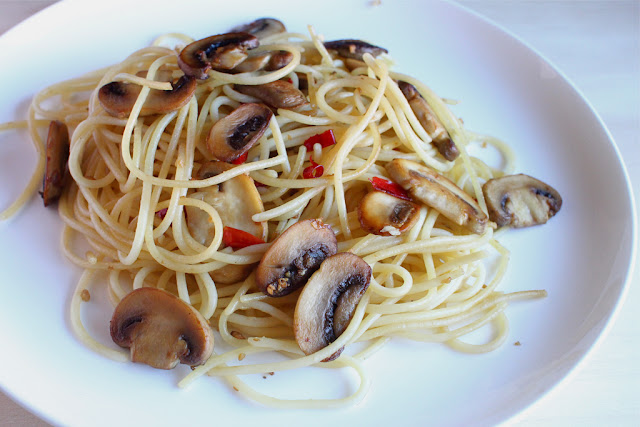 Here’s how you do it.

Cook packet of dried spaghetti in a pot of boiling salted water until al dente, drain thoroughly. Heat up some olive oil in a frying pan with minced garlic, chillies and mushrooms. Saute the mushrooms until they are browned and add in the drained cooked spaghetti, fry for a bit until the spaghetti becomes a bit crisp and absorbs all the flavours of the garlic, chilli and mushrooms. At this point you can just eat the spaghetti but serve it with a tomato pasta sauce on top and it’s the bomb. 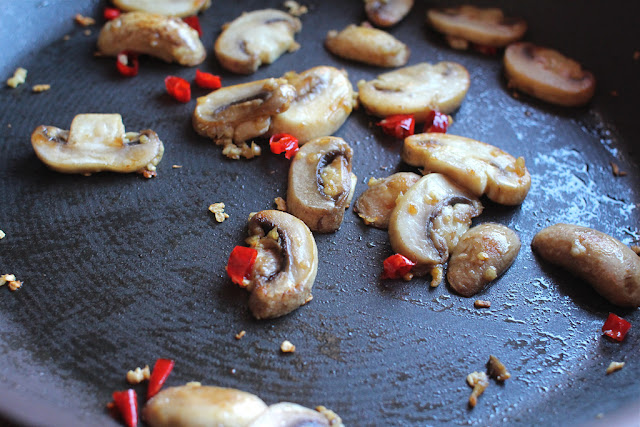 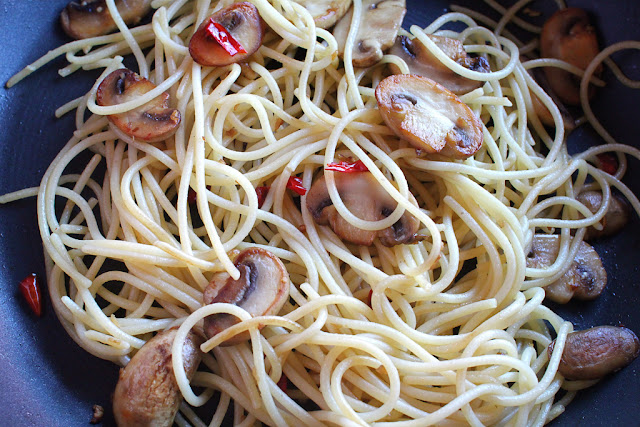 The amount of garlic, chilli and mushrooms added to the frying pan is up to you. It’s best to fry the spaghetti in batches so for one serve you could have 1-2 crushed garlic cloves, 4-5 sliced mushrooms (button or swiss) and as much chilli as you can handle (I go for 2-3 small red chillies, deseeded and sliced). 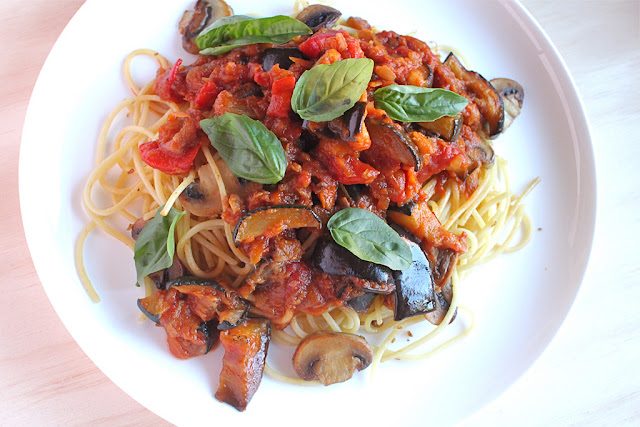 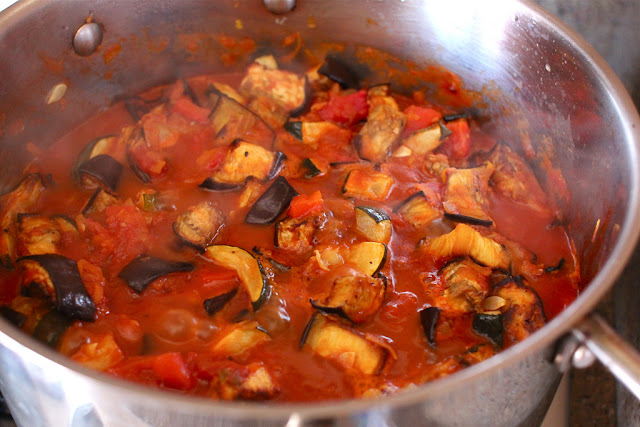 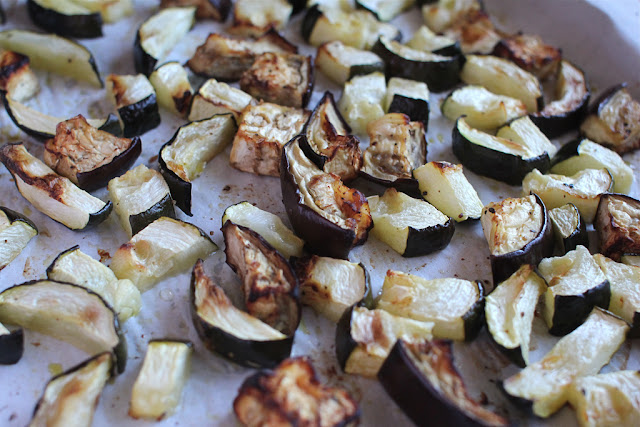 To roast the vegetables

To make the pasta sauce

Add tomato paste, canned tomato, stock and capsicum, and simmer for 30 minutes. Season with salt, pepper and splash of balsamic vinegar to taste. Add the in the roasted eggplant and zucchini, and simmer for another 10-15 minutes.

Serve on top of fried spaghetti.
Posted by Blue Apocalypse at 9:00 AM