Zucchini and Haloumi Fritters with Tzatziki – Over Catering for Vegetarians 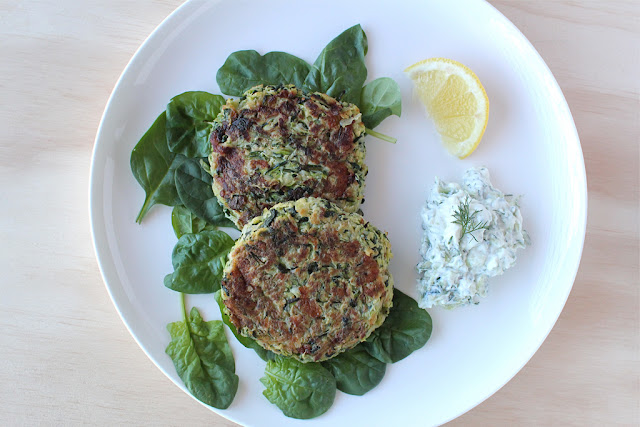 I was in charge of organising catering for an event for 600 people and I over-catered for vegetarians!

I had people coming up to me asking “where’s the meat?” and I had to tell them that “all the meat options were gone” and try to sell them the vegetarian options.


How did this happen?

Last year on the 9th of December 2012, Perth had its first large scale TEDxPerth full day event (http://www.tedxperth.com/tedxperth-2012), with a line up of 15 of Perth’s finest thinkers and doers giving talks on Ideas Worth Spreading from across a range of fields and disciplines (you can watch video recordings of all the talks here http://www.tedxperth.com/videos).

Karen: You’re a food blogger, you like food, you know other people that like food, your parents own a restaurant. We need someone to help with the food for TEDxPerth.
Me: I haven’t done anything like this before but sure.

I have being friends with Karen for over 10 years. We’ve played in a band together and traveled to Japan so she knows I’m a ridiculously organized person, reliable and trusts that I will make good decisions. So with all these qualities, combined with my interest in food, I took on the role of being the TEDxPerth catering manager where I had to organize the catering and manage the logistics of food distribution on the day.

Food is pretty important for an event, it’s the thing that people always comment on the feedback forms. It doesn’t matter how good your speakers are if people aren’t properly fed during the day, they won’t remember anything expect how bad the food was and complain. It’s like when I have to attend training for work and there better be an assortment of Danish pastries for morning tea or there will be hell to pay.

I had a limited budget to work with. I researched all catering options in Perth and ended up going with Katrina Sykes Catering (http://www.katrinasykes.com.au/). Then I had to figure out the catering requirements for the day which included coffee/tea for registration in the morning, morning tea, lunch and afternoon tea. Most importantly, I had to make sure that I met all the dietary requirements for attendees as catering was provided as a part of the ticket price. People were required to complete their pre-registration by filling out a form which included indicating their dietary requirements.

I had already factored in vegetarians/vegans and gluten free/coeliacs but was alerted to other dietary requirements from the pre-registration information that came through such as various allergies to food including nuts, eggs, seafood and cheese; people who were lactose intolerant; pregnant women with a list of things they couldn't eat; no pork; diabetics; and some unusual requests for no carrots or no tomatoes (maybe it's some new 'free-from' diet?!). It made me realize the challenges that food businesses must face on a day to day basis when they have to address a variety of dietary needs all the time.

The number of people requiring vegetarian food was much higher than I originally thought. But it wasn’t a surprise as we assumed that TEDxPerth would attract an audience that was more socially conscious and thus may be more likely to be vegetarian.

So from my assessment of all the dietary information provided to TEDxPerth, I came to the conclusion that half of the catering should be vegetarian.

I then realized that I had made a mistake.

I had miscalculated the amount of vegetarian food required.

It was interesting to be in a situation where there was (much!) more vegetarian food available than meat and I had to tell the meat eaters to try some quinoa salad (which was met with weird looks, sometimes “what’s quinoa” was a common response) and roasted vegetable sandwiches.

I got the feeling that a lot of meat eaters do not think much of vegetarian food. It was as if I was offering them foreign food. I guess for some people food isn’t food unless there is meat in it.

But it was really nice to have people who were vegetarians come up to me and tell me that it was the best event they have ever been to because there was so much vegetarian food available. It must feel good to have the majority for once rather than the minority. Sure, there were people who complained about the lack of meat options but I guess I can't please everyone.

So in the end I think it was a good thing – maybe I changed the minds of a few meat eaters that day into thinking that vegetarian food is ok and maybe they will consider eating more vegetarian food in the future.

Have you ever had to organize catering for something and things didn’t turn out as you’d expected?

Maybe next time you host a party, try over-catering for vegetarians just for fun ;)

I have a lot of vegetarians friends and I am always looking for vegetarian recipes that will also appeal to meat eaters. To make vegetarian food carnivorous, add umami as it adds a savoury, meaty taste to dishes.

Vegetarian fritters are a vegetarian staple. Introducing haloumi into the vegetable fritter equation elevates it to something that will satisfy carnivores and vegetarians alike as haloumi provides a umami boost, lovely salty flavours and a crisp chewy texture. 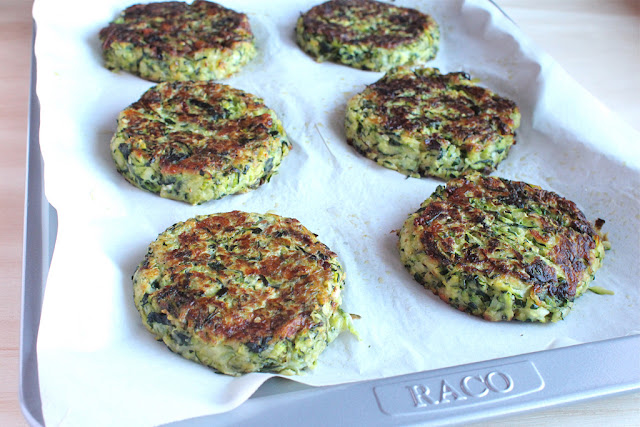 Zucchini and Haloumi Fritters with Tzatziki

Note: I’ve had trouble making vegetable fritters in the past, where the mixture disintegrates when I fry it or it doesn’t cook through without blackening and burning them so my tips are to refrigerate the fritter patties before frying and to finish off the cooking in the oven.

Grate the zucchini and salt them a little, set aside for 10 minutes and squeeze out as much liquid as possible. 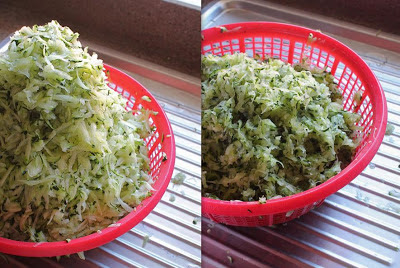 Wilt the spinach in a large frying pan with 1 tablespoon of olive oil. Remove and set aside until cool enough to handle, then squeeze any liquid from the spinach and roughly chop.

Place the grated zucchini in a large bowl, add haloumi, spinach, spring onions, dill, garlic, spices, salt and pepper. Mix together to combine. Shift flour over the mixture and mix in. Then add in the egg last and mix in. 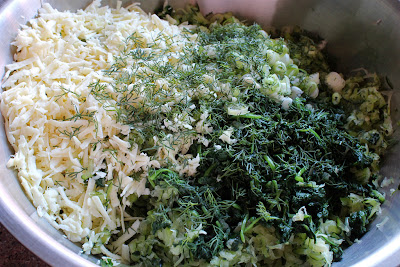 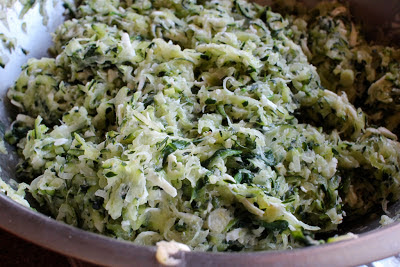 Shape the mixture into patties about 1-1.5cm thick and 7cm in diameter and refrigerate for at least ½ hour (you can make 14-16 fritters depending on the size you make the patties).

Heat some olive oil in a frying pan over medium heat and fry the fritters in batches, for 2-3 minutes each side until golden brown. 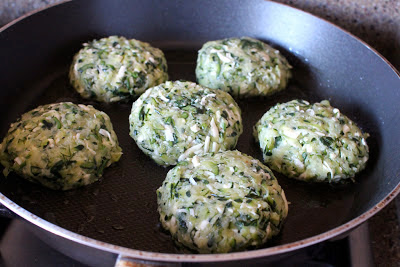 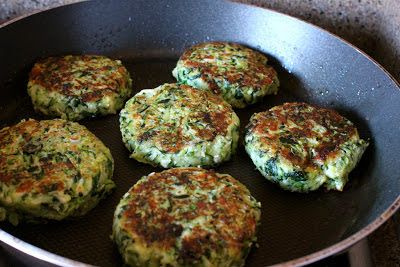 Carefully remove the fritters from the frying pan with a flat spatula and place them on a baking tray lined with greaseproof paper. Bake the fritters for 10 minutes to finish cooking.

Serve with lemon wedges and tzatziki. 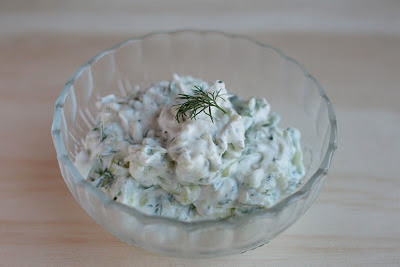 Drain the yoghurt by putting it in a mesh strainer lined with cheesecloth for a few hours in the refrigerator.

Cut the cucumber in half lengthwise and use a teaspoon to scoop out the seeds. Grate the cucumber and squeeze to remove excess liquid.

Combine all the ingredients together and season to taste with salt and pepper.
Posted by Blue Apocalypse at 2:47 PM