This month is the City of Perth’s ‘Eat Drink Perth 2011’ festival with a whole range of events happening including hawker food markets, a butchers picnic, degustation dinners, gourmet food and wine tastings, cooking masterclasses, chef talks etc. You can get all the  details on events on the http://eatdrinkperth.showmeperth.com.au/ website, and you can also follow  @eatdrinkperth on twitter (check the hashtag #eatdrinkperth) and 'like' Eat Drink Perth on Facebook. 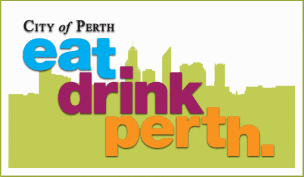 How do we eat and drink? We experience the flavour of food in our mouth and our appreciation of flavour also relies on our sense of smell. We also eat with our eyes. An important aspect of food consumption is the visual aspect - what you see. It’s a multisensory experience and the visual is the first stimuli received before the flavour of food is even tasted or smelt!


I think that the visual experience of eating and drinking cannot be isolated from its wider context - the surrounding environment and everything that you see around you. What makes people want to go out eating and drinking in their city? What makes a city a city? I think that the cultural vibe that a city emits is important and the arts play a role in this by giving a city a bit of character. The visual environment of our city can enhance our enjoyment of going out to eat and drink.


Would you rather be eating and drinking in a city with amazing street art around the place or a city with brown, grey walls everywhere (which would feel a bit lifeless).


So to fully experience and appreciate Eat Drink Perth 2011, I encourage people to not only eat and drink around Perth but also ‘see’ this city. Take a stroll around the city and Northbridge while out at Eat Drink Perth events and check out all the amazing street art that has started popping up everywhere. 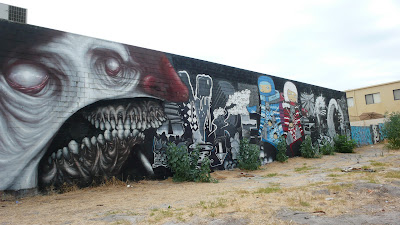 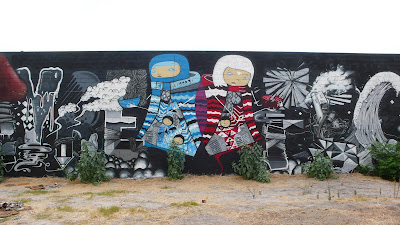 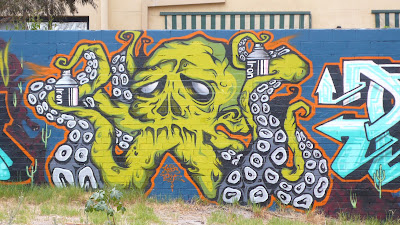 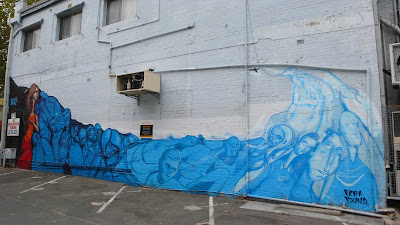 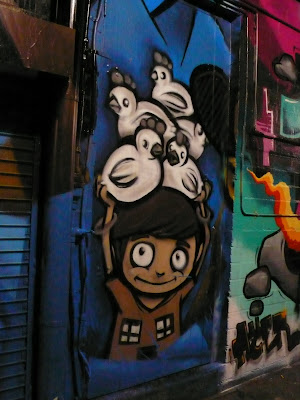 Little Parry Street (near the Coles in Northbridge) 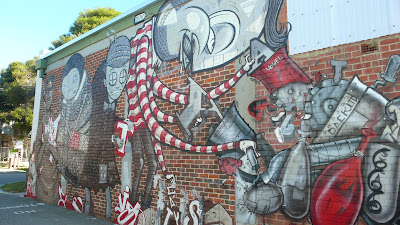 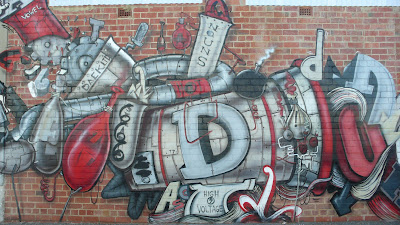 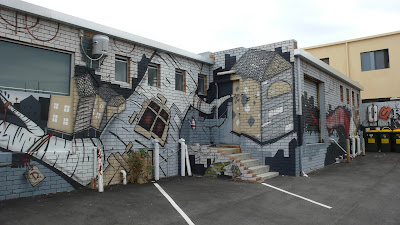 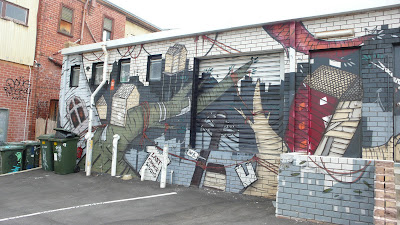 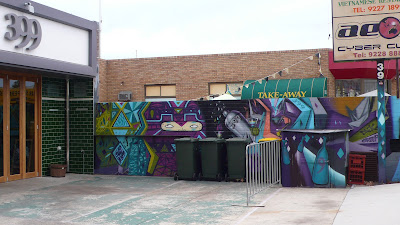 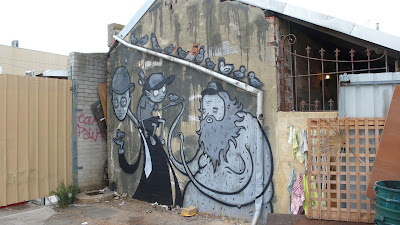 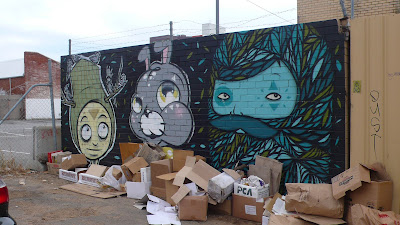 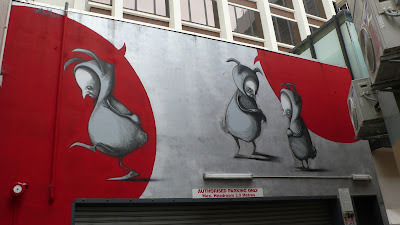 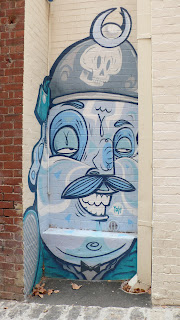 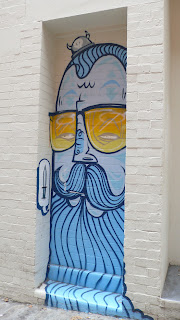 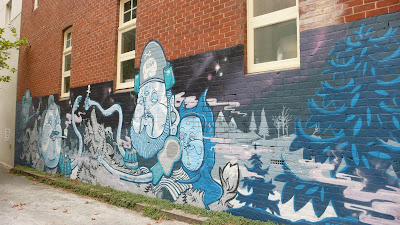 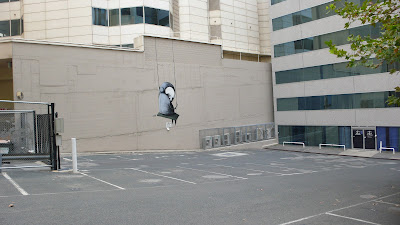 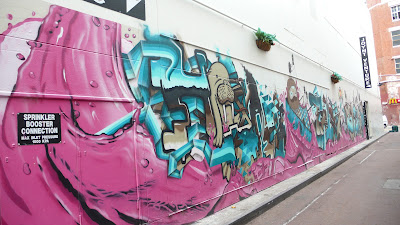 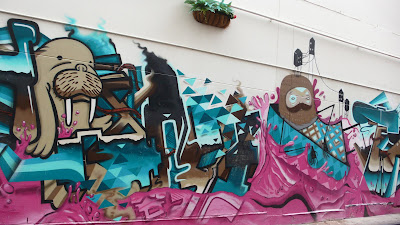 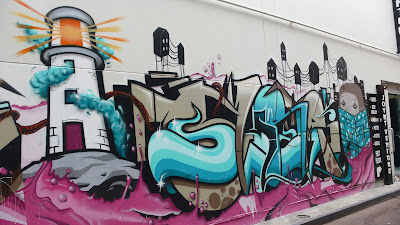 Grand Lane (entry off Murray Street, next to Vodafone) 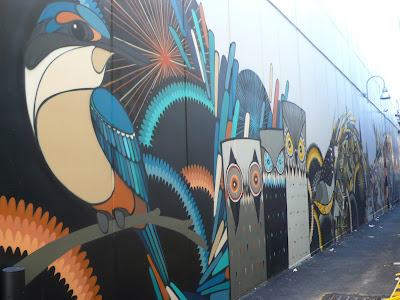 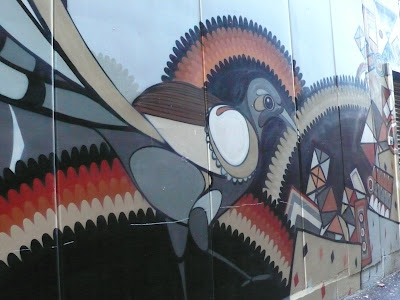 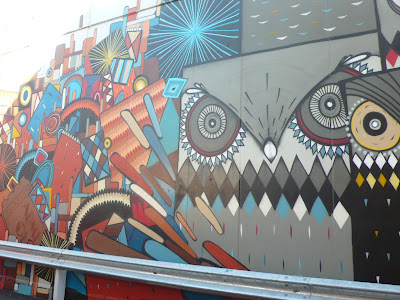 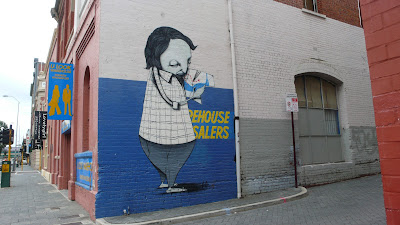 Wall next to City Farm, stairs coming down from Claisebrook Train Station in East Perth 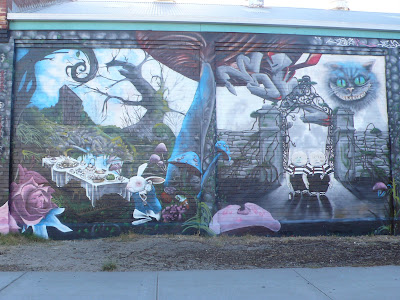 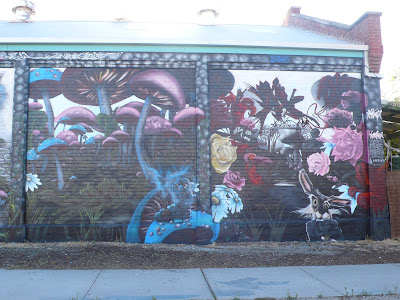 Posted by Blue Apocalypse at 9:21 AM