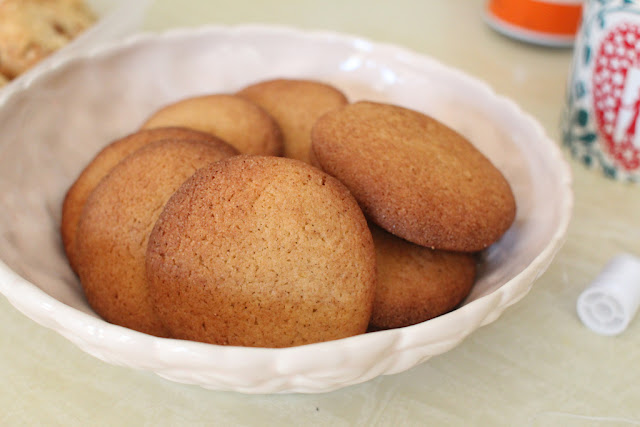 “This is the best cookie I have ever eaten.”

This was a comment made by one of my friend's when she ate the snickerdoodle cookies that I had baked for one of our crafternoon sessions a few weeks ago. I spent that afternoon making a pom pom. Others knitted, crocheted and painted. I can’t even remember the last time I made a pom pom, it was that long ago, too long. I felt quite a sense of achievement at the end when I got to cut open the thick donut of wool that I had been threading the whole afternoon to reveal a cute ball of fluff. It was such a simple and fun thing to make, and it made me happy. It’s an unwritten law that it’s impossible to be unhappy in a poncho and I think this also applies to pom poms. I think everyone needs more pom poms in their life. When was the last time you made a pom pom? 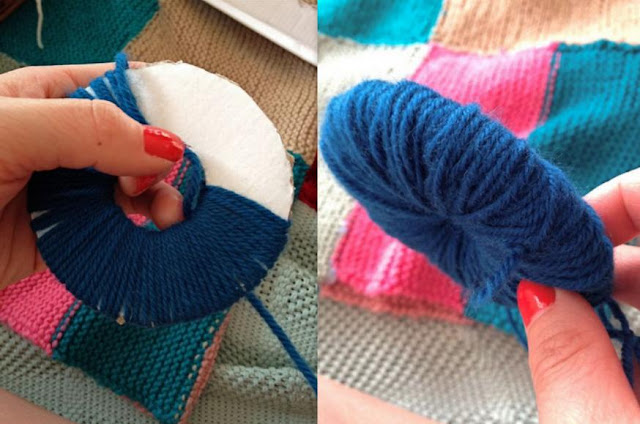 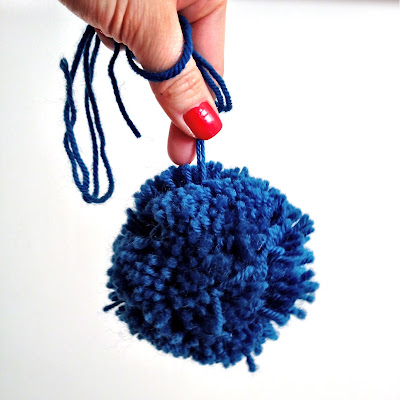 Crafternoon is when I get together with my lady friends and we get all artsy and crafty, and get advice on how to live life by reading out loud random self help books that we borrow from the library. It’s also an opportunity to get baking and that afternoon we had a range of baked goods including museli cookies, savoury spinach and fetta muffins and cream puffs courtesy of Rochelle’s grandmother. I made snickerdoodle cookies for the first time. 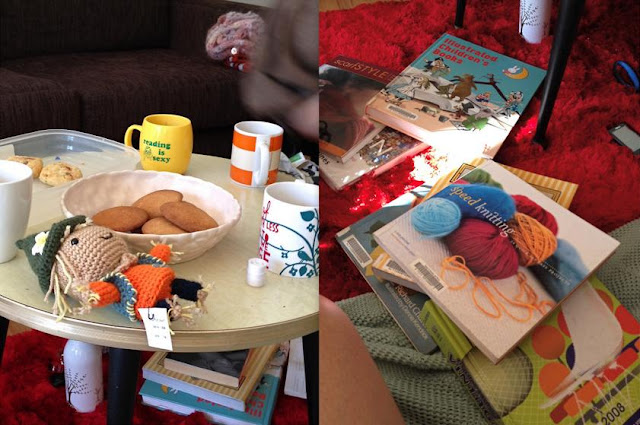 Everyone kept asking me why it was called a snickerdoodle and I told them that I didn’t know. All I knew was that it’s a classic American cookie, to which someone replied “well with a name like that it must be American”. My research afterwards did not come up with a definitive answer. Some claim that snickerdoodles are probably German in origin and that the name is a corruption of the German word Schneckennudeln aka ‘snail noodles’ which is a kind of pastry. Others suggest that the name has no particular meaning or purpose and is simply a whimsically named cookie that originated from a New England tradition of fanciful cookie names including Graham Jakes, Jolly Boys, Branble, Tangle Breeches, and Kinkawoodles. If anyone can shed anymore light on this, please share!

Regardless of why it’s called a snickerdoodle, it has been considered the perfert cookie (almost always) by Michael Ruhlman and I tend to agree. Snickerdoodles are easy to make and wonderfully fragrant from the cinnamon sugar coating. They have a great texture with a crisp exterior and a soft, cakey interior. When you bake cookies it can be hard to predict what they will look like as they spread while baking. I found that snickerdoodle cookies form quite well as it bakes and you get a nice shape. They are also great for dipping into coffee. 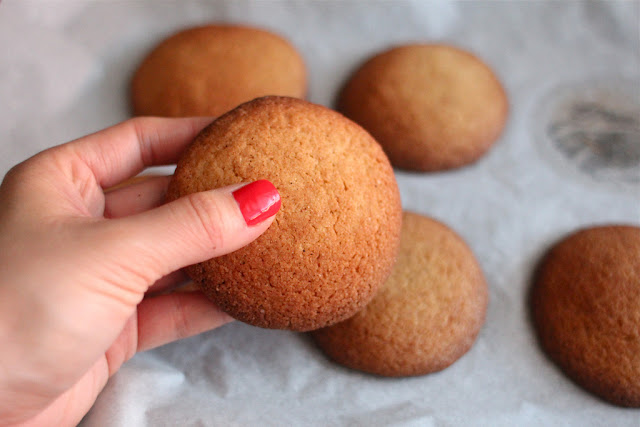 (Recipe adapted from Joy of Baking. I added in some nutmeg, as well as using a mix of caster and brown sugar. I like my cookies to have a chewy texture and using brown sugar yields a softer outcome)

In a small shallow bowl mix together the coating of caster sugar and cinnamon.

In a large bowl whisk together the flour, salt, nutmeg, cream of tartar and baking soda.

Beat the butter, caster sugar and brown sugar together until smooth. Add the eggs, one at a time, beating well after each addition. Beat in the vanilla extract.

Add the flour mixture and beat until a smooth dough forms. If the dough is soft, cover and refrigerate until firm (about one to two hours). 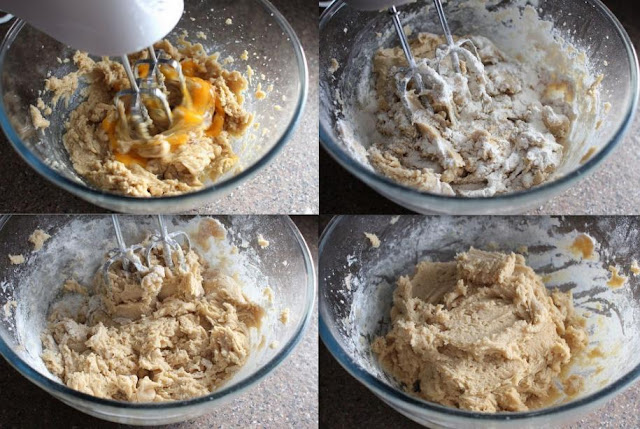 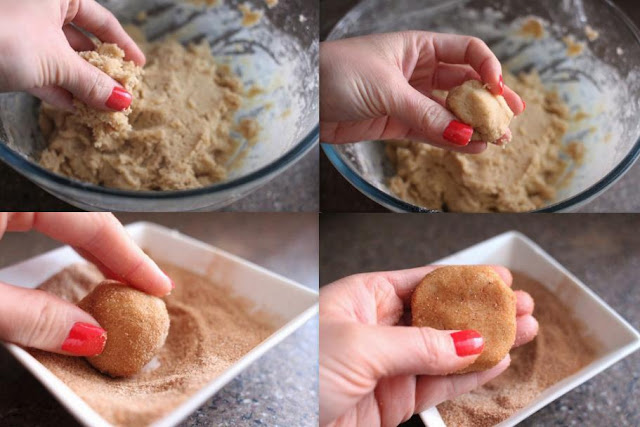 Roll the balls of dough in the cinnamon sugar mixture to coat and gently flatten into about 1-1.5 cm discs. Place the cookie dough on the prepared baking trays, spacing about 2 inches (5 cm) apart.

Bake the cookies for about 8 - 10 minutes, or until they are light golden brown and firm around the edges.The centers of the cookies will still be a little soft. Remove from oven and cool. 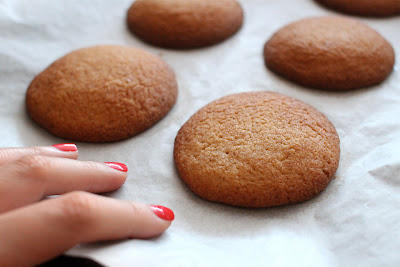 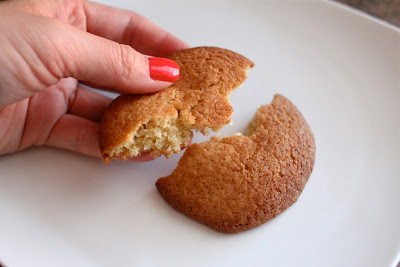 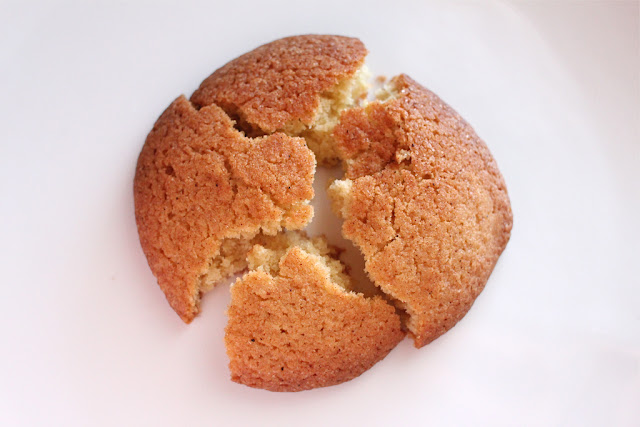 Posted by Blue Apocalypse at 12:35 PM