The truffle season has ended and every year I consume more truffles, and accumulate more knowledge on how to use truffles. Like a fine silk shirt, truffles need to be handled with care. I could imagine care instructions being attached to truffles with the following information – do not wash, keep refrigerated, do not store for long, consume immediately, gentle heat cycle, shave thinly, use sparingly.

I went to the Mundaring Truffle Festival this year (over the weekend of 28-29 July) with one thing in mind. I wanted to learn more about using truffles so I enrolled into the Truffle Masterclass on the Saturday where Alain Fabregues from the Loose Box, Guillaume Brahimi from Bennelong and Emmanual Mollois from Choux Café put together a three-course meal.

There are few foods in the world that excite people more than truffles. Give them to some French chefs and they will sound like they have struck gold, yes, black gold. It was entertaining to watch the chefs together on stage, demonstrating how the dishes were prepared and giving away tips on cooking with truffles, plus general chatter and some jostling around. Well it was mainly Alain and Guillaume ganging up on Emmanuel as he was the pastry chef. It felt like the pastry chef was like the drummer in a band, the one that is always at the butt of all jokes and seen as the most dispensable. At one point they joked “what’s the difference between a chef and a pastry chef? ...well a chef can cook and owns a restaurant ("ba-dum-tsh"!) but the pastry chef rightly defends himself by saying that he has a lot of love. Desserts definitely have a lot more aphrodisiac qualities and eating sweets releases endorphins that make us feel good, it’s no wonder that even after a big meal, there is always room for dessert!

The Masterclass focused on using truffles to enhance the flavours of local produce such as Rottnest Island scallops and Dandaragan organic beef. One theme that was hounded on to us in the class was that it’s all about simplicity and cooking seasonally. Let the produce speak for itself. I have never thought of scallops being a seasonal food before but I learnt that the scallop season was from March to September.

Fat is a good conductor of truffle flavour and being French, butter was of course added to everything in large quantities. Guillaume revealed that his Bennelong restaurant uses an average of 400kg of butter a week! When it comes to butter, “size does matter” they joked, well in terms of the amount of butter you put in, and another thing is that you can’t trust a skinny chef! 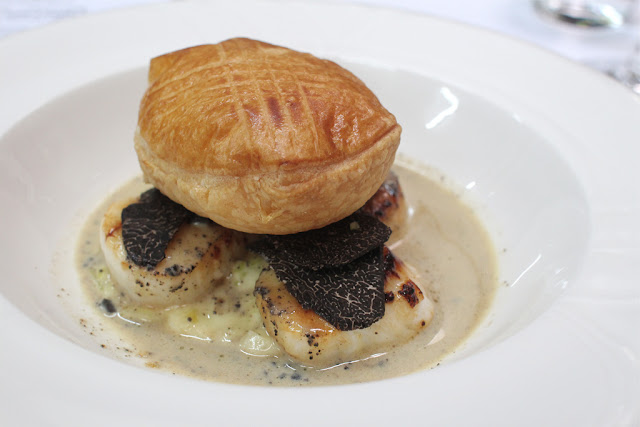 The first dish by Alain Fabregues was scallops and truffles on a bed of winter leeks. Scallops and truffles, you really can’t go wrong, both are rich in umami. The umami is intensified as you sear and caramelize the outside of the scallops, and you could smell it wafting through the air as it hits the pan. When executed well, scallops are in my opinion one of the most joyous things to eat and the ones that were served to us were cooked just right. The key is to undercook them, keep them medium rare. Overcook scallops become hard and rubbery, and rather than eating them you would want to throw them against a wall to see if they bounce back at you.

The main dish by Guillaume Brahimi was braised wagyu beef cheeks with celeriac puree and truffle. In winter so many braised beef dishes are served at restaurants with varying degrees of success but this one was amazing, the beef had been cooked until the meat fells apart at the stroke of your fork and the jus had an incredibly rich flavour. Definitely the best winter braised beef cheeks I have had this year. It was a simple dish but lifted with different textures, I liked the idea of adding croutons to the dish to provide some crunch. 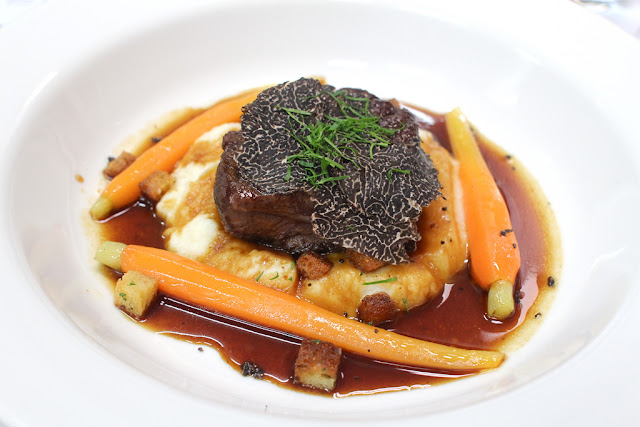 The dessert by Emmanuel Mollois was an apple tart faco tatin with a truffle heart. Truffles go well with sweet things like chocolate and toffee, but sugar is its enemy because when you add sugar to a dessert, you have to cook it for the chemical reactions to occur which results in browning and caramelisation, resulting in ‘that’ flavour which is much desired in desserts. The optimal heat for releasing the flavour of truffles is between 60C-80C. This presents a challenge for making desserts as a lot of the time you are using heat that is twice the optional level for truffles which would pretty much destroy its flavour. 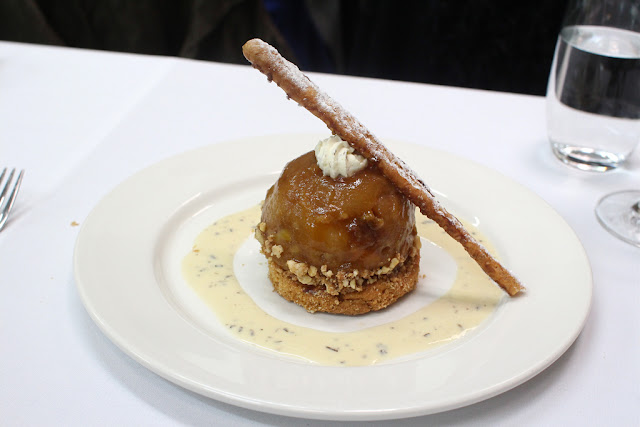 Emmanuel has spent a lot of time mastering the art of making truffle desserts and year after year his truffle desserts are highly anticipated. This year it did not disappoint. It was interesting to learn about how Emmanuel got around making the truffle crème anglaise using as little heat on the truffles as possible. The truffles are added to the milk to infuse overnight and then removed from the milk. The milk is heated and the truffles are added back in to simmer at just under a boil at around 65 C degrees for 10 minutes. The truffles are then removed again and eggs are added to the milk and cooked at 85 C degrees. Grated truffles are added back into the milk and some gelatine is stirred in to set. Gelatine is used to thicken the crème anglaise and once it is cooled, the cream fills the inside of the apple tart. Creme anglaise is usually thickened by continually cooking the milk and egg mixture over the stove until it thickens, using gelatine provided a similar result but minimizes the heat to the truffles to retain the flavour. The end result was a crème anglaise that was harmoniously infused with a beautiful truffle flavour.

I was impressed by the beef cheeks but the dessert had a real wow element to it and I felt that it had done the most justice in bringing out the flavour of truffles.

I bought a little piece of truffle from the Mundaring Truffle Festival to take home and here is how I have been using the truffle over the past few weeks. 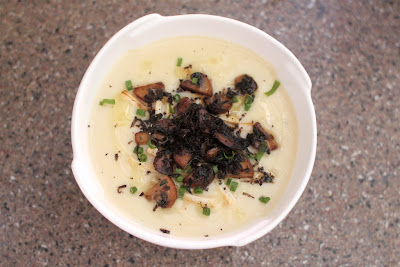 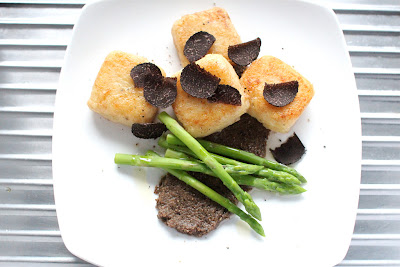 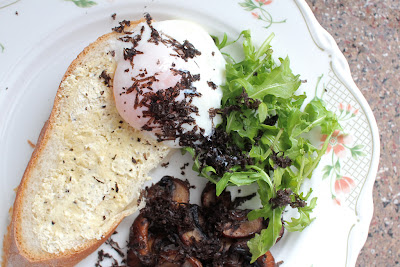 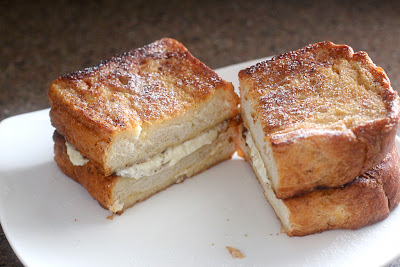 I am truffled out now. Although I love truffles, I'm glad that they are only a seasonal treat.

How have you enjoyed this year’s truffle season? What dishes have you cooked with truffles?
Posted by Blue Apocalypse at 7:54 PM