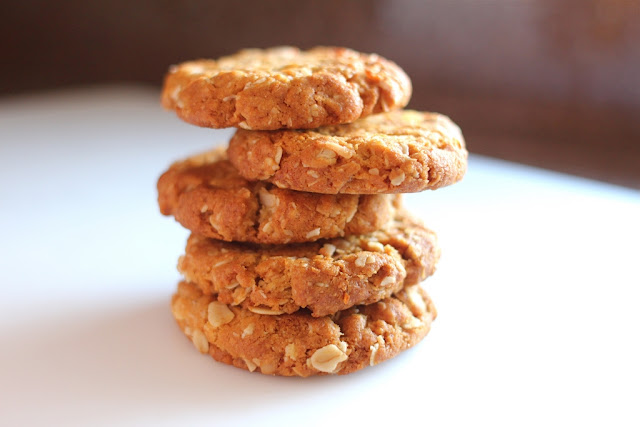 I've seen a lot of blog posts on ANZAC biscuits over the past few days but who doesn't like eating ANZAC biscuits? I love the mixture of oats and coconut, and its chewy biscuit texture. Plus, there is the whole war significance of these biscuits, where they were originally called soldiers’ biscuits and were made by women (wives/mothers) on the home front and sent overseas to the fighting soldiers in the trenches.

Not that I think that war is a good thing but I love watching war movies. There is something in the way that humanity is portrayed in all its moral complexities and brutality that makes it really engaging and thought provoking – the good versus bad dilemmas, the civilian experience, the bonding/comradeship of soldiers, the combat scenes that leave you clutching your seat in anticipation because you don’t know who will come out of the battle alive, the journey and growth of the characters in movie - war can bring out the worst and best in people, and I cannot help but be fascinated by it and all its absurdities.

Maybe some of this fascination stems from the fact that my parents lived through the Vietnam war. They would often tell us kids stories of how they had curfews and couldn’t go out at night, that it was hard to sleep as they could hear bombs flying overhead all the time and of course food was scarce, and we would always be reminded of this whenever we complained about the food that we were eating.

It’s hard for me to even phantom what it would have been like for my parents during the Vietnam war but war movies give me some frame of reference.

My favourite war movies in no particular order:

An interesting thing that I found out about ANZAC biscuits is that the word ANZAC is protected under Australian law, and should not be used without permission from the Minister for Veterans' Affairs. However, there is an exemption granted for ANZAC biscuits, as long as these biscuits remain basically true to the original recipe and are both referred to and sold as ANZAC biscuits and never as cookies (apparently the word ‘cookies’ has non-Australian overtones).

So the recipe for ANZAC biscuits is pretty standard and not to be messed with. I’ve come across recipes that try to be ‘different’ and add nuts or chocolate, but these variations would not be considered real Anzac biscuits. I’ve even seen ANZAC biscuits referred to as cookies! Call the General!

I stayed close to the original recipe, only altering the mix of sugar (used both caster and brown sugar for a chewier texture) and adding in a tablespoon more of golden syrup. I have also elaborated on the method. The recipe I adapted was from the Australian War Memorial website http://www.awm.gov.au/encyclopedia/anzac/biscuit/recipe.asp which is recognised as an official version. 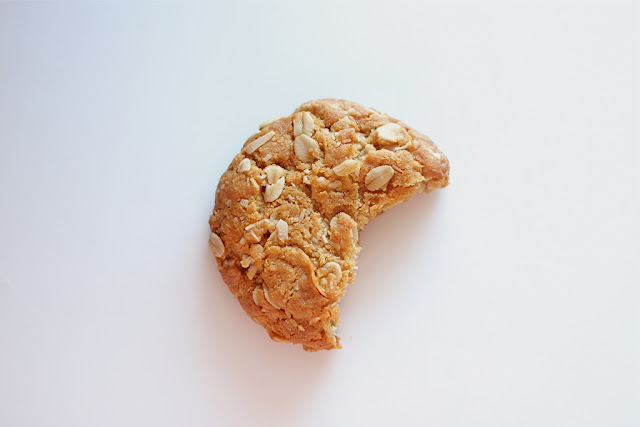 In a large bowl, thoroughly mix together oats, coconut, flour and sugars.

Put the butter and golden syrup into a small saucepan over low heat, stirring until the butter has melted. Remove pan from the heat.

In a small bowl, dissolve the baking soda in very hot water. Pour this into the melted butter/golden syrup.

Make a well in the dry ingredients and pour in the butter/golden syrup/baking soda mixture. Stir together until thoroughly combined (should have a moist but firm consistency). 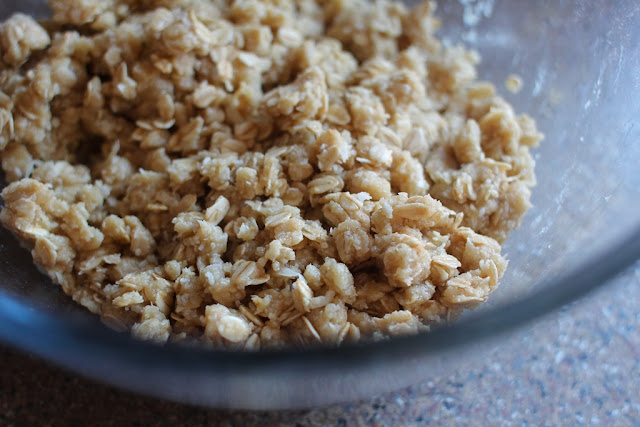 Roll tablespoons of the mixture into balls, flatten slightly and place on the baking tray at least 3-4cm apart (the biscuits will spread as they cook) 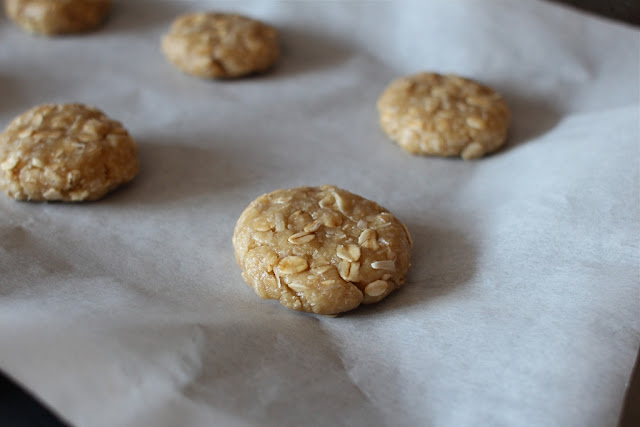 Bake for around 10 minutes until golden brown but still soft. Remove from the oven and let the biscuits sit on the trays for a few minutes before removing them. 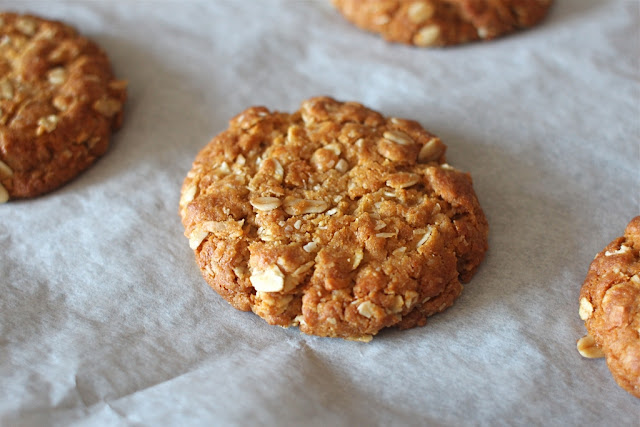 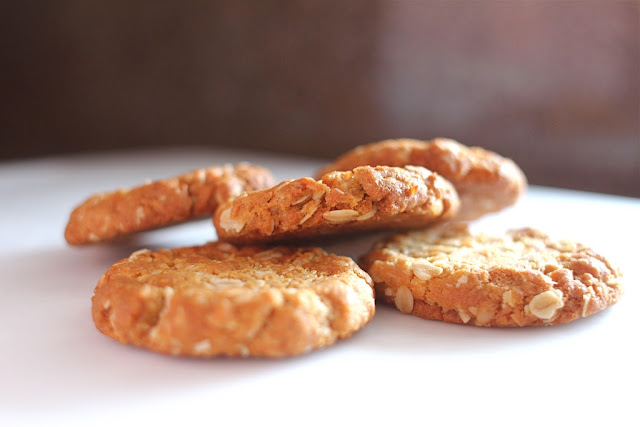 Posted by Blue Apocalypse at 11:15 AM