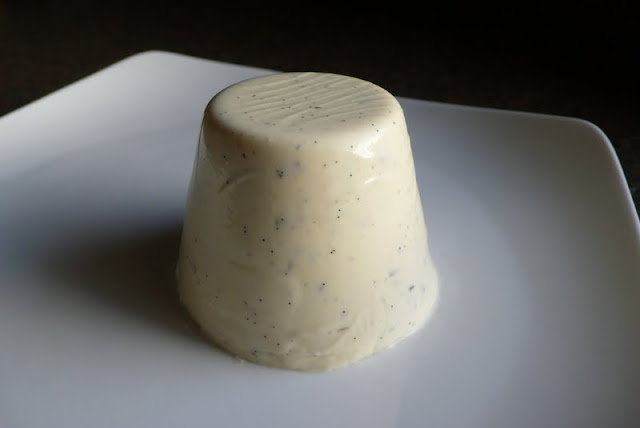 Truffles are savoury but it doesn't mean that you can’t use them to make dessert.
My favourite dish at the Mundaring Truffle Festival was truffle ice cream. When I told my work colleagues about it, they scrunched up their faces and were like eww gross fungi and ice cream - how is that possible? With the rise of molecular gastronomy and the likes of Heston Blumenthal, it appears that nothing is impossible nowadays. The only limit is people’s willingness to try new/different things. I personally will eat anything and will try anything at least once.
When I was looking for truffle dessert recipes to cook, panna cotta appeared to be a popular choice. Panna cotta is an Italian expression and literally means ‘cooked cream’, it generally refers to a creamy, set dessert from the Northern Italian region of Piemonte. Cream? - well that ticks the box of things that go well with truffles.
I have made a sheep’s milk yoghurt and honey panna cotta before using a recipe from the Gourmet Traveller. I bought some truffle yoghurt from the Mundaring Truffle Festival and I thought I could substitute regular honey with truffle honey and make a truffle honey panna cotta.
The flavour and fragrance of the truffle honey is quite strong and it’s very interesting to compare fresh truffles with truffle products. Actually, there is no comparison, they are worlds apart. The flavour of fresh truffle is very delicate and complex. A lot of truffle products are not made from actual truffles, but are synthetically made and are often accused of being one-dimensional in flavour and a poor substitute. I had a friend tell me that he loves fresh truffles but tends to veer away from truffle products as he finds that it sort of tastes the way petroleum smells.  People often say that there is no such thing as “too much truffle” or “more is always better”. I think this expression only applies to fresh truffle, because the flavour of truffle products are quite intense and using too much can overwhelm the flavours of a dish. I learnt this while making my truffle honey panna cotta.
The original recipe called for 2 tablespoons of honey so I did a direct substitution and used 2 tablespoons of truffle honey. It was amazing to see how strongly the flavour of the truffle honey came through. I served this truffle honey panna cotta to friends for a dinner party and some of them felt that the taste of the truffle honey was too much for their liking. I felt that the taste was ok but I had also been consuming a lot of truffle over the past week so like a drug addict, I was requiring larger doses to achieve a high. Next time I make this, I will use 1 tablespoon of honey and 1 tablespoon of truffle honey for a more delicate balance of flavours. 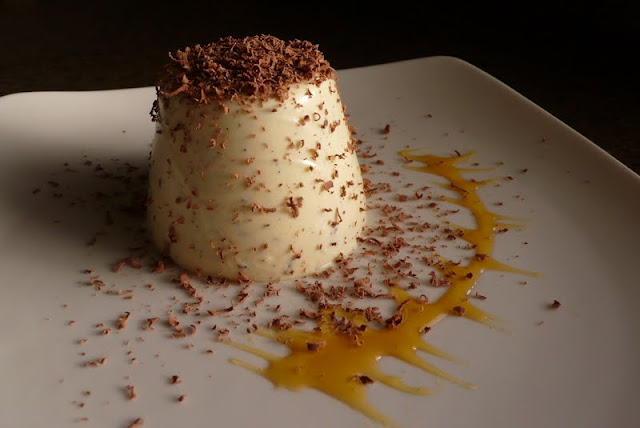 To cut through the richness of the cream and complement the savoury tones of the truffle. I grated some dark chocolate over the panna cotta. This was something that I thought of because the truffle ice cream that I had at the Mundaring Truffle Festival also contained some chocolate. The addition of the chocolate made a big difference to the taste, it was much better with the chocolate as it helped to round out all the flavours. 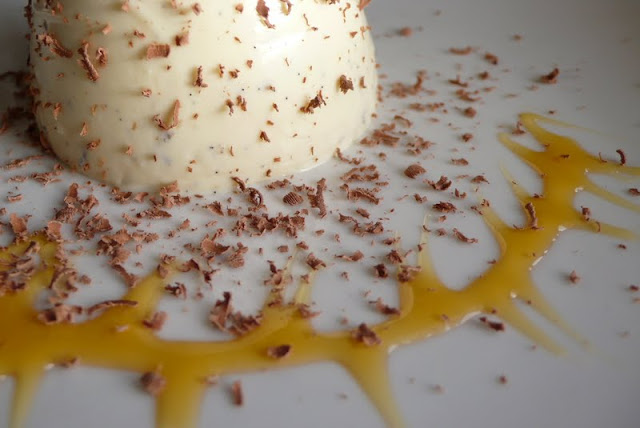 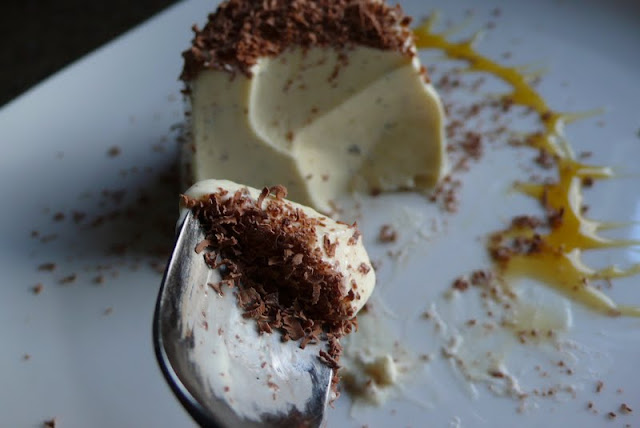 The texture of panna cotta is generally custard-like, feels barely set and is silky smooth, the use of yoghurt in this recipe results a thicker texture but it still melts in your mouth.
Sheep’s milk yoghurt and truffle honey panna cotta
(adapted from Gourmet Traveller)
Ingredients
•    300ml pouring (whipping) cream
•    260g sheep’s milk yoghurt
•    2 tablespoons honey (recommended - 1 tablespoon of regular honey and 1 tablespoon of truffle honey but it depends on the intensity of your truffle honey so you can use 2 tablespoons of truffle honey if desired)
•    3 gelatine leaves (gold strength), softened in cold water
•    ½ vanilla bean (I only used half but I think you could use the whole vanilla bean)
•    optional – I also added in some gratings of fresh truffle 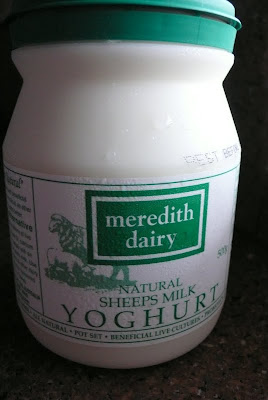 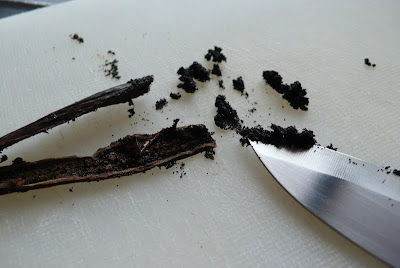 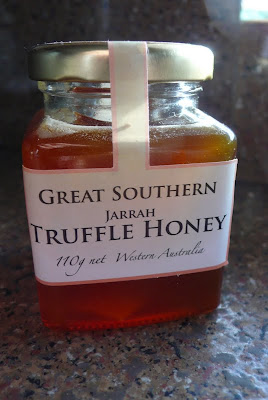 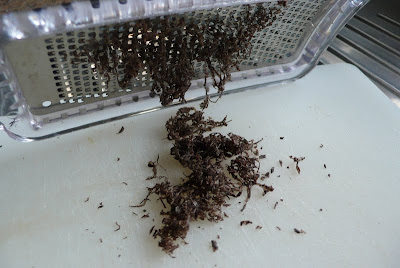 Method
Heat the cream, scraped vanilla bean seeds and truffle gratings (if using) over a low heat to infuse. Turn off the heat and leave for 10-15 minutes for everything to continue infusing together. 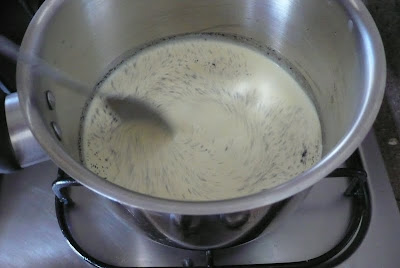 The whisk cream and yoghurt in a large bowl until smooth, set aside. 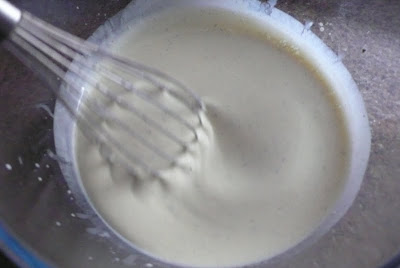 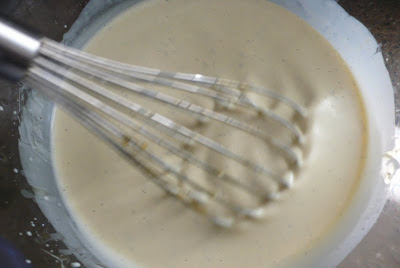 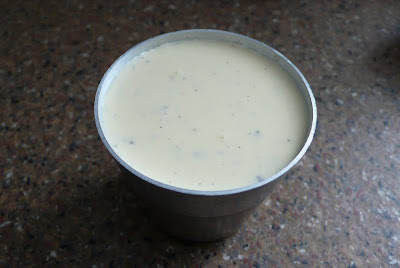 To remove the panna cotta from the moulds, dip each mould in a bowl of hot water for a few seconds, gently run a little knife around the inside edge, then turn out onto a plate and the panna cotta should slide out. 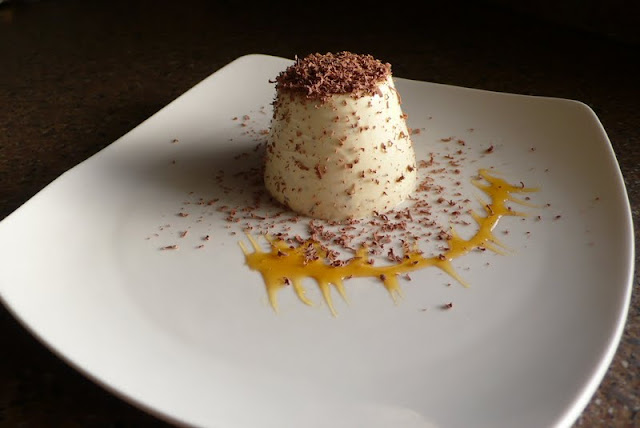 Sheep’s milk yoghurt and truffle honey panna cotta served with a drizzle of truffle honey.
Here are some of my other truffle recipes:
Related post
Posted by Blue Apocalypse at 11:35 AM

Email ThisBlogThis!Share to TwitterShare to FacebookShare to Pinterest
Labels: truffles