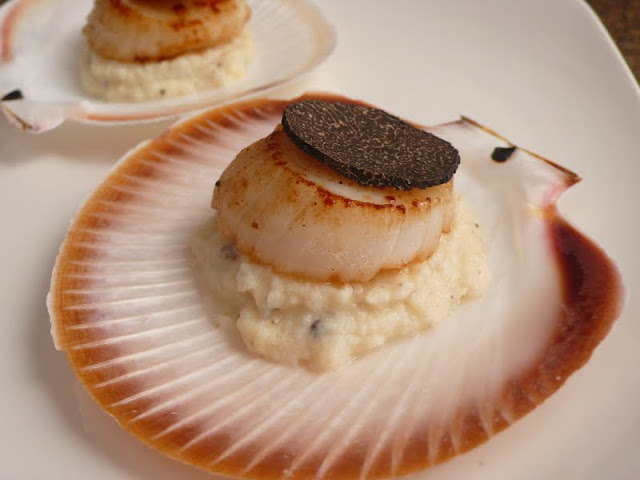 Scallops are my favourite seafood and I have found that scallops go beautifully with truffles.
To create a truffle inspired scallop dish I came up with seared scallops on a bed of celeriac puree with a thin slice of fresh black truffle on top. To flavour the celeriac puree I added in some of Tetsuya's black truffle salsa.
I was recently introduced to Tetsuya’s black truffle salsa and first consumed it in a delicious polenta. Tetsuya’s black truffle salsa is made in Italy and contains a mixture of black truffles, mushrooms (champignon), olives, anchovy paste, olive oil, bread crumbs, garlic, white pepper, salt and as you can probably imagine, it smells and tastes divine. It’s great to add to pasta, scrambled eggs, risotto, butter for a truffle hit that is on another level. 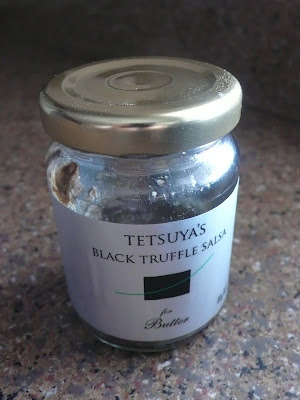 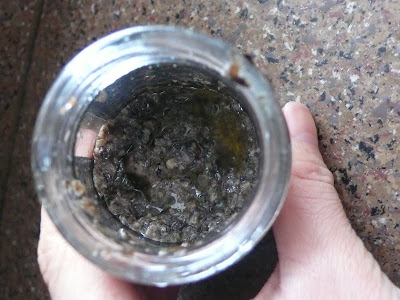 There are three elements to this dish.
Truffles
Slice thinly using a good mandoline. 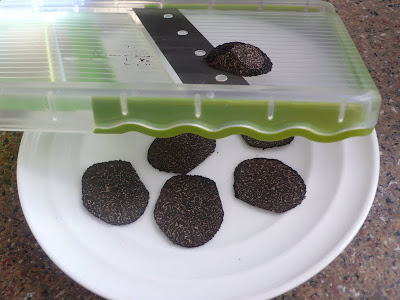 Pan Seared Scallops
Note: scallops must be very dry and the pan has to be very hot in order to get a good sear.
Rinse the scallops and place them in a single layer on paper towels and cover with another layer of paper towels, press lightly on the scallops to remove any moisture. Remove the scallops from the paper towels and season with some salt and pepper.
Heat a frying pan over med-high heat, add in some oil or butter and swirl around. Gently place the scallops in the pan and allow the scallops to cook undisturbed for at 1½ -2 minutes until seared/well browned on one side and then turn over and sear the other side. Remove the cooked scallops from the pan and place on paper towels.
Celeriac Puree
I found half a celeriac in my fridge and used it to make a puree. I roughly followed the method I had used previously to make a cauliflower puree, I only had half a celeriac to work with so I didn’t use any specific quantities of milk or butter but just added them in based on taste and texture.
Clean, peel and finely dice the celeriac with a knife or in food processor. Place the celeriac in a saucepan with enough milk to cover. Bring to boil and simmer on low heat for 6-8 minutes until the celeriac is soft. Season with a little salt and add in a little more milk if it dries up to much. 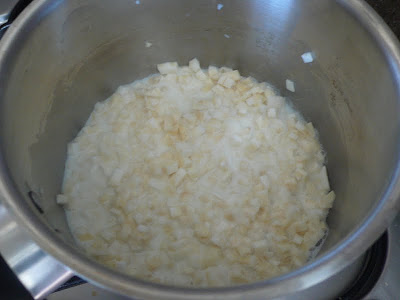 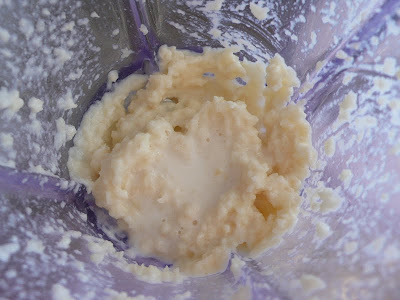 Blend the cooked celeriac in a blender until smooth. To help the blending process I added in a splash of milk. Place the pureed celeriac back into a saucepan and heat up, then add in a knob of butter and season with salt and pepper to taste. Add in a little bit of Tetsuya’s black truffle salsa to taste. It has quite a strong flavour and you only need to add in a little bit. Try adding in ½ a teaspoon first and then add a little more if desired.
Note: You can put the puree through a sieve for a more smoother texture. 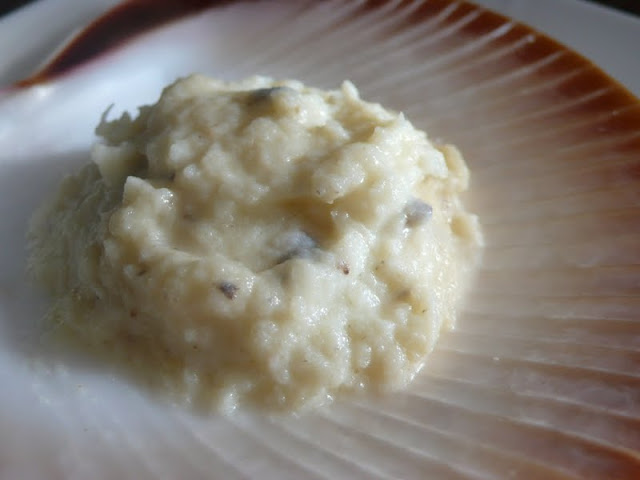 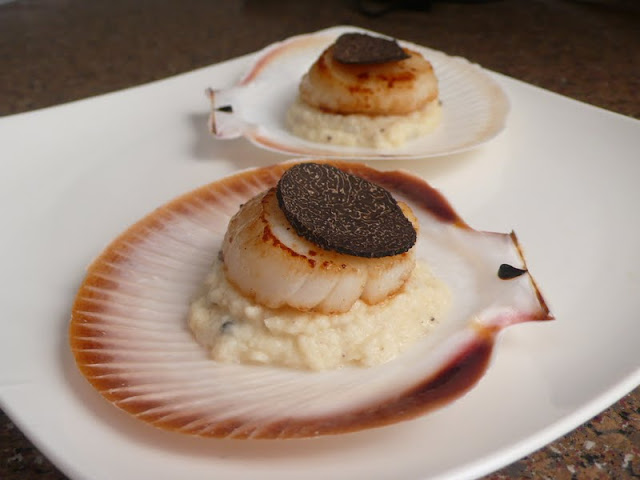 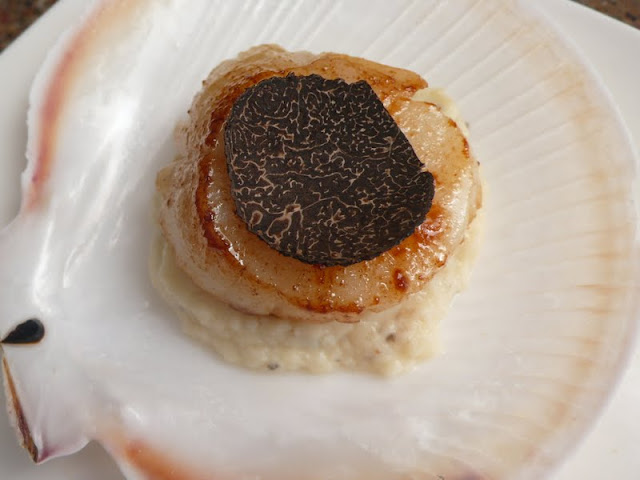 Here are some of my other truffle recipes:
Related post
Posted by Blue Apocalypse at 9:39 AM

Email ThisBlogThis!Share to TwitterShare to FacebookShare to Pinterest
Labels: truffles