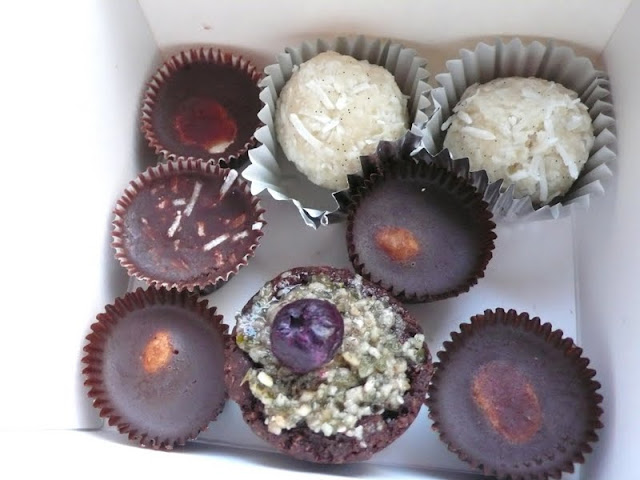 Take away treats from the Raw Decadent Desserts Cooking Class 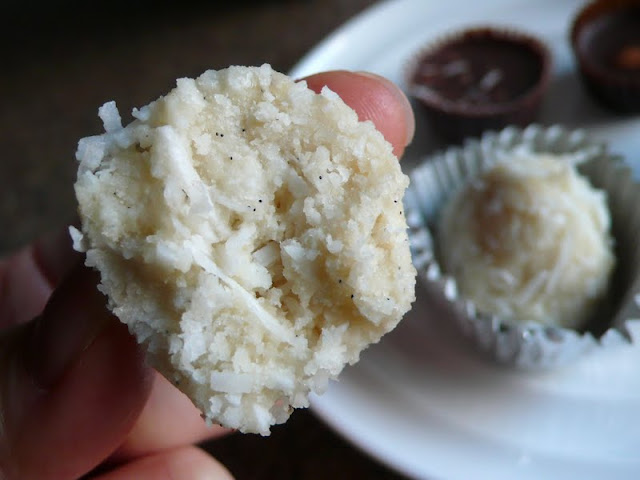 So the truth is that sometimes a certain animosity can be exhibited by foodies towards vegetarians - they are considered second class citizens. If vegetarians are considered second class citizens, then raw foodists would be third class citizens. Most could not imagine a life consisting of only raw food. But I think that people shouldn’t be so quick to shut down raw foodists and denigrate them to the lower ranks of society, after all, it would be a great survival tactic. Now that winter is upon us, there are increasing possibilities of black outs occurring when storms disrupt power lines, and what if an apocalypse happens as we are continually reminded of everyday that the world is coming to an end sooner rather than later. Shouldn’t a part of Survival 101 include how to cook food with little heating or no heating at all but still get the required nutrients to stay alive? I think so… So as a part of my training on how to survive in an apocalypse and also out of curiosity I signed up to a raw dessert cooking class run by A Foodly Affair on the premises of the much loved Perth café Mrs S in Maylands on a cold and raining Tuesday night a few weeks ago on the 17th of May. 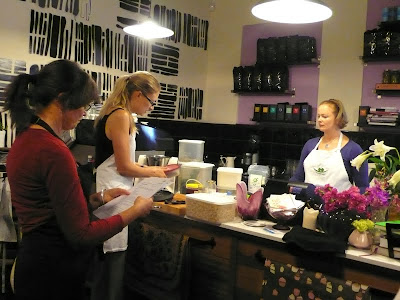 Hannah runs uncooked cooking classes in Perth. Hannah told us that she became raw last year. After the birth of her son, she became unwell and developed an unknown skin condition that could not be diagnosed by any of the doctors she consulted. She decided to try changing her diet and when she started eating raw food she found herself getting better, so she became 100% raw for a while and is now just 75% raw (you can read more about Hannah's raw food journey on her website - A Foodly Affair). One thing that one can be wary of when dealing with raw foodists or vegetarians is that they can be a bit fanatical over their chosen diet. Whilst Hannah has chosen to go raw as a part of her lifestyle for health and well-being reasons, she states up front that it’s not for everyone. She even acknowledges that some raw foodists can be fanatical, especially over the fact that she was not 100% raw and being raw can be anti-social. Not many places provide raw food options and with the consumption of food being a social activity, most of the time it can be hard to eat out or eat over at a friend’s place.  It was good to see that Hannah was very open minded, she was not here to convert anyone but just to simply educate people about raw food and its benefits, and show that some delicious foods can be made. Contrary to popular belief, raw food is not tasteless or boring or mean that you have to eat like a rabbit.


We started the class by making Hannah’s favourite green juice to drink to refresh ourselves and provide a bit of an energy boost before we got down and dirty into making some decadent desserts. 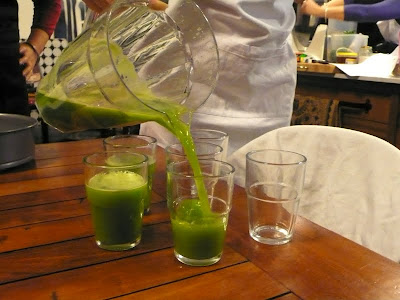 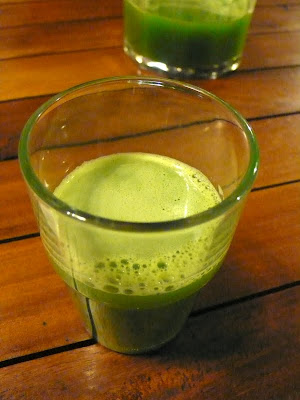 
Next on the list was a blueberry cheesecake which was cheeseless for one thing as it contained no dairy, but the other interesting thing was that the blueberries were paired with some rosemary which was put into the base. Blueberries and rosemary make a surprisingly good combination. 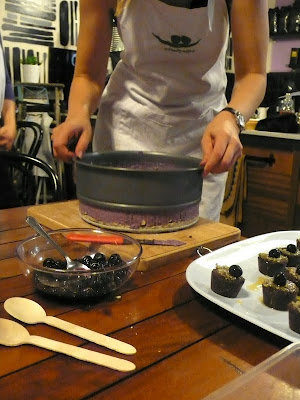 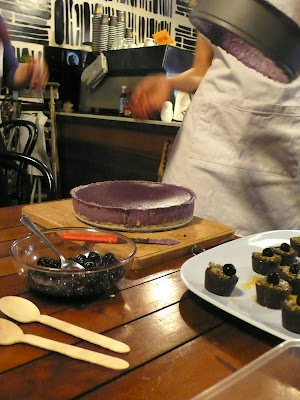 (Blueberry cheesecake with a filling of raw cashews, blueberries, dates, lemon, vanilla, agave syrup and coconut oil/butter, and a base made up of almond meal, hazelnuts, rosemary and coconut) 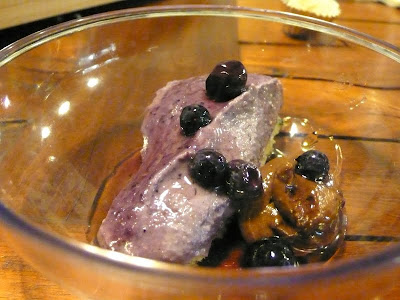 The cheesecake tasted delicious but unfortunately due to time constraints it didn’t have enough time to set in the fridge, so that when we all tried a piece at the end of the class it had more of a mousse like texture. The blueberry cheesecake was served with a dollop of chocolate avocado mousse.


After making the cheesecake we learnt how to make some raw chocolate pastry for our ‘Pretty Little Raw Petti Fours’. 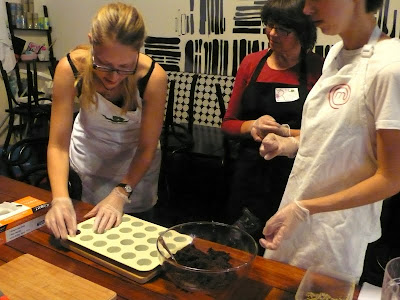 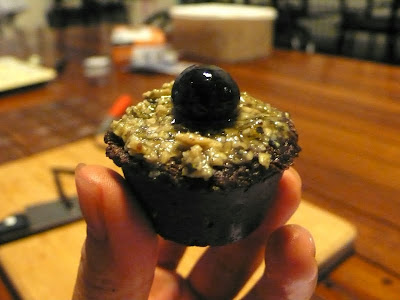 (Raw petti fours containing a filling made up of ground pepitas, sunflower seeds, honey, cinnamon and a little rosewater) A petti four which tastes chocolately, sweet and all things nice but is packed with lots of nutrients so it’s totally guilt free.


We then moved on to raw chocolate. Making raw chocolate was not originally on the menu as Hannah has a separate purely raw chocolate cooking class but when I emailed Hannah to register and told her that I was interesting in making raw chocolate, she took this into account and included in into our repertoire of desserts for the night. The definite stand out of the night was the coconut macaroons made from a mixture of almond meal, vanilla seeds, shredded coconut, agave syrup and coconut oil. I guess they couldn’t be considered ‘real’ macaroons but they were really delicious so who cares really about the semantics? 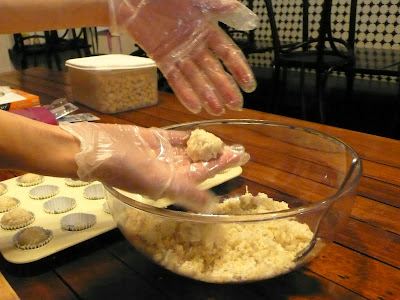 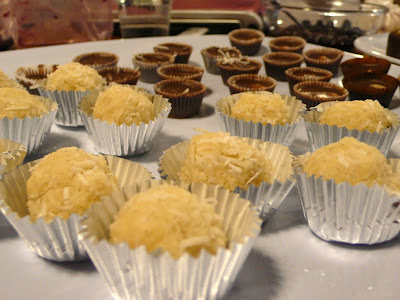 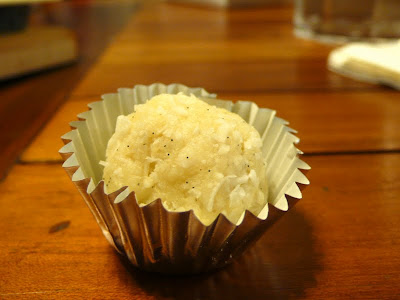 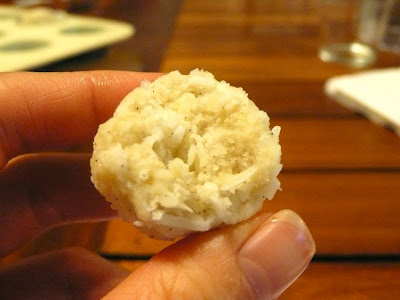 When people choose to become vegetarian or raw, one thing they have to do is research about the foods they eat to ensure that they are eating enough specific types of foods to get the required vitamins, nutrients, minerals etc. in their diet now that meat is out of the equation. Throughout the class, Hannah was very generous in sharing the knowledge that she has gained over her years of reading about and consuming raw food. I found this information useful and enjoyed learning more about what was contained in the foods we eat and the nutritional components. While it’s a fact that when we cook foods it can diminish its nutritional value which is one of the main reasons for people going raw, there are some nutrients that we can only get from cooked food. For example, bread crusts contain the cancer preventing antioxidant pronyl-lysine which is not present in raw ingredients (read more about this on Hannah’s A Very Foodly Diary blog). 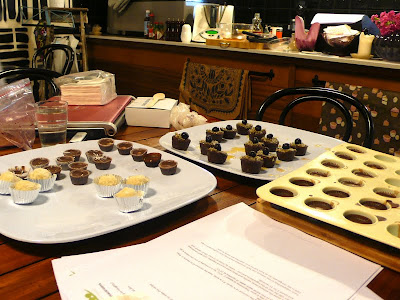 The topic of conscious eating came up and was discussed in the class. And no this wasn’t the part of the class where people who aren’t raw get the whole guilt trip. A lot of people who go down the route of vegetarianism/raw food do so as a conscious decision. But it was acknowledged that food consciousness is not just about what you eat, but how you go about eating food too.


Food isn’t just about subsistence, it’s also a lifestyle, a social activity and it’s a way of sharing and caring. Eating consciously can also extend to how we cook our food (the time and love spent on it), the circumstances in which we consume food (think weddings, parties, anything…the hours your mother has spent over the stove cooking dinner for those all important family get togethers), our appreciation of it and where we source our food from whether you are an omnivore, vegetarian or raw. I recently became a member of Slow Food Perth and a part of the movement’s philosophy is promoting alternatives to fast food, preserving and promoting local and traditional food products and cuisines, and encouraging ethical buying.  As I get more into cooking, I have definitely started thinking more about and being more aware of where my food comes from and try to buy more free range, organic foods, supporting local producers and buying from farmers’ markets. Also, I like to use fresh ingredients and cook things from scratch. Even though there are heaps of pre-made stocks and sauces readily available, they contain addictives and preservatives to get them onto the shelves and I don’t think that it’s a good idea to eat so much processed food. In my day-to-day life I practice mindful eating as much as I can. 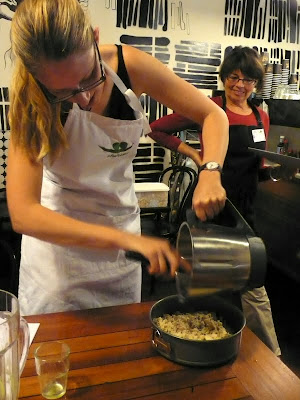 I enjoyed my decadent desserts cooking class. It had everything that I wanted from a cooking class – I learnt something, I got to cook and eat a lot of delicious food, and most importantly I had fun. I learnt that flavour does not have to be sacrificed just because you don’t heat food while cooking. A lot of the desserts we made involved combining together various nuts and seeds with natural fruit sweeteners which made for a lot of tasty combinations.


If you are interested in taking A Foodly Affair uncooking class, check http://afoodlyaffair.com/ and also read Hannah’s blog for her delicious raw food recipes. 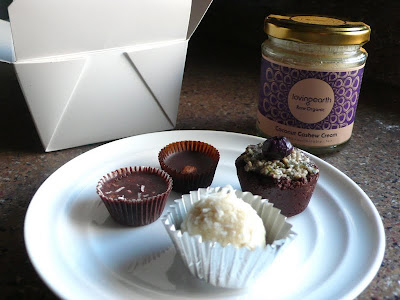 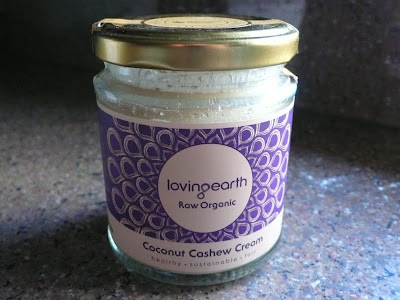 p.s. When we first entered the class we were asked to write our name on a tag and also decorate the tag. The best decorated name tag would get a prize. I was picked as the winner and I received a little jar of coconut cashew cream! I am looking forward to using this one day to make some decadent raw treats for my friends. What did I do to win this jar of cream?... well I’ll let you in on one thing, I drew little ice creams for the construction of my name. Anyone who knows me well knows that I love ice-cream to the point that one day I ran down the road for about a mile after an ice-cream truck. I was gone for about 20 minutes and when I got back to my friends everyone was conjuring up stories of how I had eloped with the ice cream man and was having ice cream babies. Even though I didn’t get any ice cream that day, this inspired two of my friends to write a short story about this incident for a zine. Look out for stories that I have inspired about running after ice cream vans in the next edition of the zine I Am Still in Yesterday’s Clothes – Theme: Transit.

Posted by Blue Apocalypse at 3:26 PM