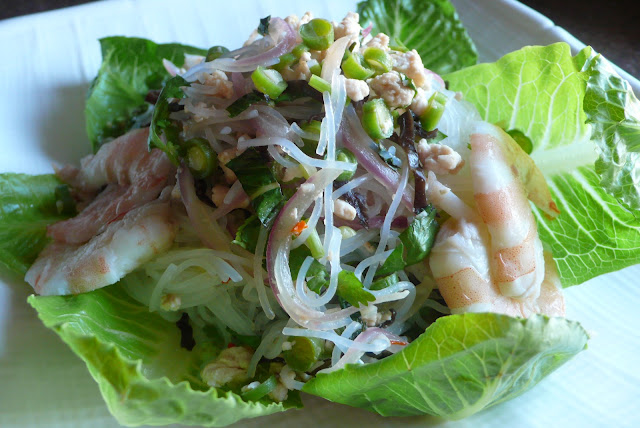 (My verson of Yum Woon Sen)

Glass noodles (also known as cellophane noodles and bean thread noodles) are a type of transparent Asian noodle used in fillings for dumplings, spring rolls and other stuffed dishes, and they are also used in soups, stir fries and salads.


There is a popular Thai salad called ‘yum woon sen’ which uses glass noodles and is commonly mixed with some minced chicken or pork and prawns. It is served with a dressing made of fish sauce, lime and sugar. 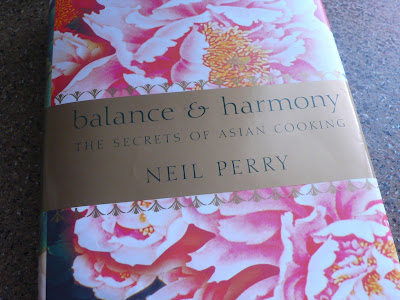 Flicking through Neil Perry’s Balance and Harmony one day I came across a recipe for warm salad of spicy minced chicken. Perry describes it as a style of larp salad from the north of Thailand which is essentially a stir fry served on lettuce. A great meal to eat with a bowl of rice. 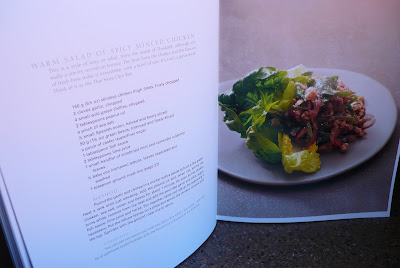 I decided to use this spicy mince chicken recipe from Perry and adapt it to make a yum woon sen salad. I pretty much make this dish with some alterations to the ingredients (added in some black fungus) and method (added the garlic and chillies at the beginning of the stir fry rather than afterwards), and then incorporated in the glass noodles. 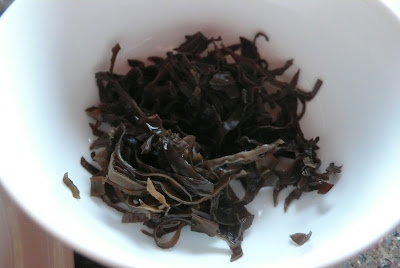 Glass noodles have a very mild flavour and absorbs sauces and flavourings well so I didn’t make a dressing for the salad as I didn't think that it was required. When I mixed the glass noodles with the spicy mince chicken, the glass noodles absorbed the flavours of the chicken mix including hints of the fish sauce and lime juice. I think that my version of yum woon sen has a milder flavour as I don’t douse it with a dressing but I liked the lightness of the flavour as it was quite refreshing. 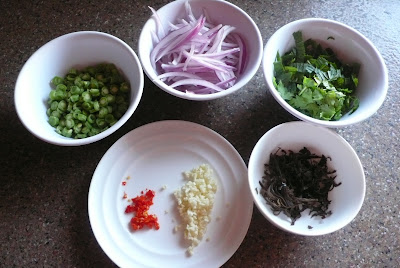 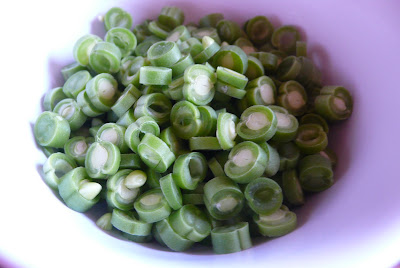 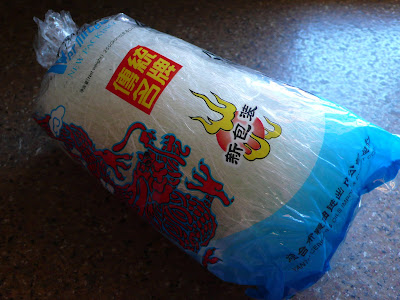 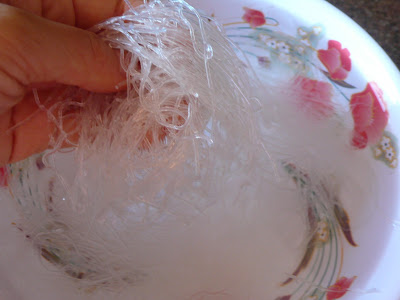 Method
Soak the bean threads in a bowl of lukewarm water until they are soft (around 15-20 minutes). Drain. Cook the noodles in a pot of boiling water for approximately 3 minutes until the noodles are plump and glasslike. Drain in a colander, thoroughly rinsing with cold water. 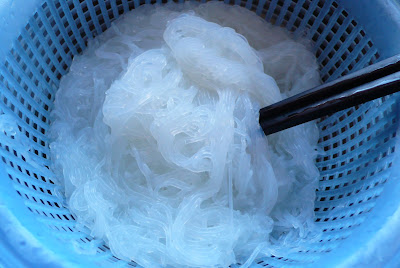 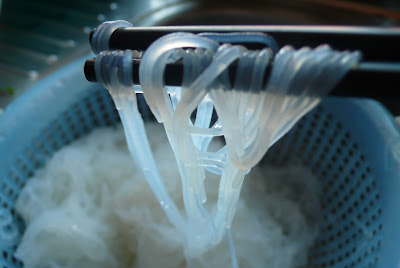 Heat peanut oil in wok and add in the garlic, chillies, green beans, black fungus, red onion and chicken, and stir fry (make sure that you break up the chicken). When the chicken begins to turn white, add in a pinch of salt and pepper and continue to stir fry until the chicken is cooked (be careful not to overcook or the meat will toughen). 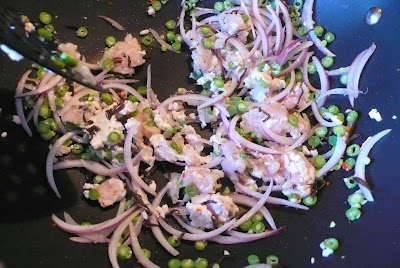 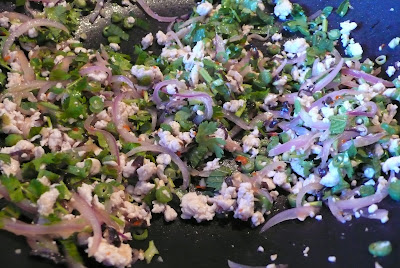 When the chicken is cooked, remove from the heat and add in pinch of sugar, fish sauce, lime juice and herbs. Stir together, taste and adjust seasoning if necessary.


Add the drained bean thread noodles into the wok and toss together with the chicken mixture. 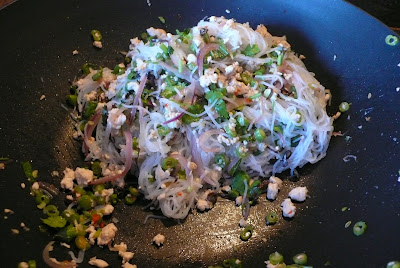 Put the cos lettuce leaves on a plate and spoon the mixture of bean thread noodles and spicy minced chicken on top. Add a few prawns onto the plate. 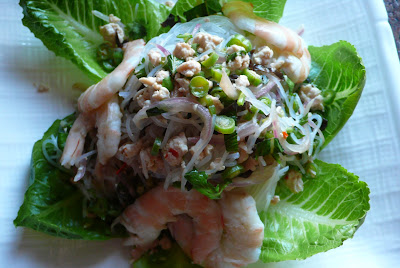 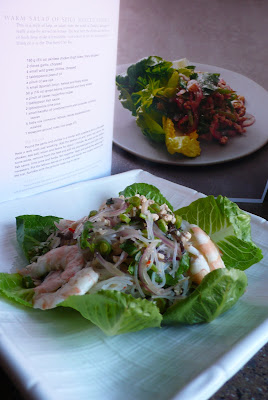 Posted by Blue Apocalypse at 8:28 AM