I haven’t had Nandos in a while but I love the taste of piri piri chicken, which is basically chicken marinated in a hot chilly pepper marinade.


I researched how to make piri piri chicken and the most recipes contained some oil, garlic, chillies, salt, pepper and an acidic element such as lemon juice or vinegar which adds some tanginess and also tenderizes the chicken. Some recipes add various other flavourings, spices and herbs.


I wanted to make my own rendition of piri piri chicken.  I listed all the different ingredients that I had come across in piri piri chicken recipes, intending to add bits of each element in and taste to get my desired result. Here are the results, I ended up putting in a little bit of everything. 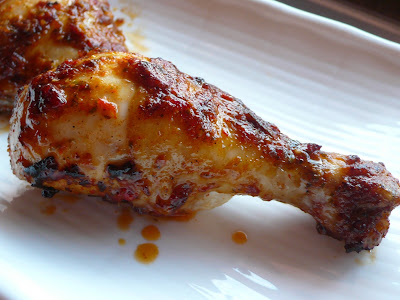 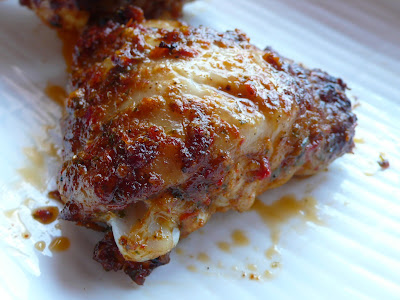 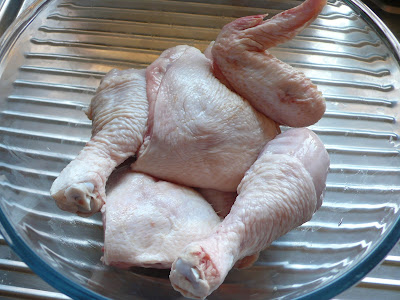 Method
Preheat oven to 180C. Slice the chillies in half and deseed, then place them on a roasting tray and roast for 10 minutes. Cool and roughly chop. 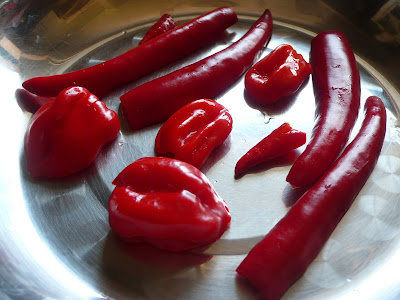 Place the chillies, garlic, ginger, salt, pepper, ground paprika, ground coriander, bay leaf, parsley, oregano, lemon juice, red wine vinegar into a blender, and blend until everything is finely chopped. With the motor still running, add the olive oil in a thin stream and blend until the mixture forms a puree/smooth paste. 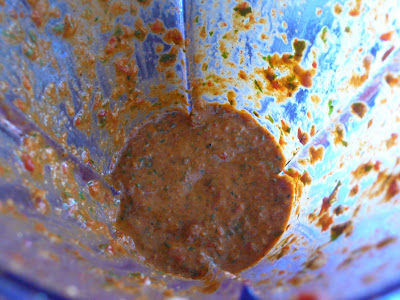 Spread the paste over the chicken and marinate for 4-5 hours in fridge. 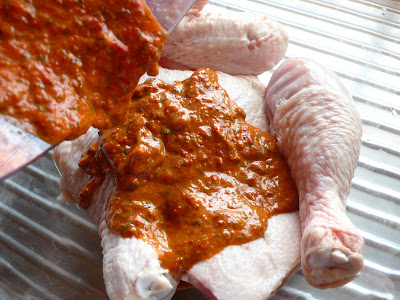 Take the chicken out of the fridge half an hour before cooking to bring to room temperature.


Preheat oven to 200C. Brush a roasting tray with olive oil to grease. Place the chicken pieces skin side up on the tray and roast for 25 minutes until the chicken is golden and cooked through. 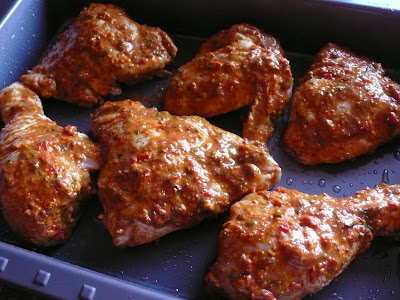 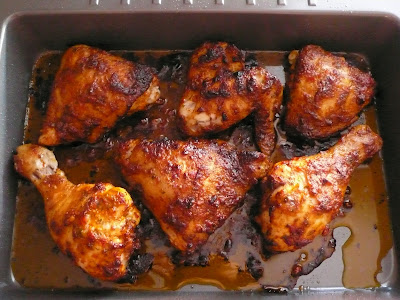 Chicken could also be cooked on the barbecue. 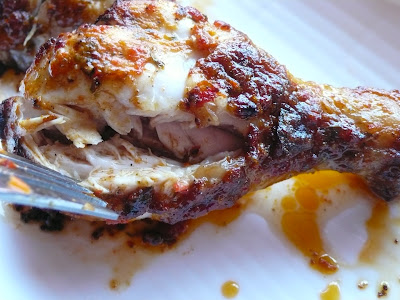 The chicken was wonderfully tender, due to the addition of acidity from lemon and vinegar.


Posted by Blue Apocalypse at 8:28 AM