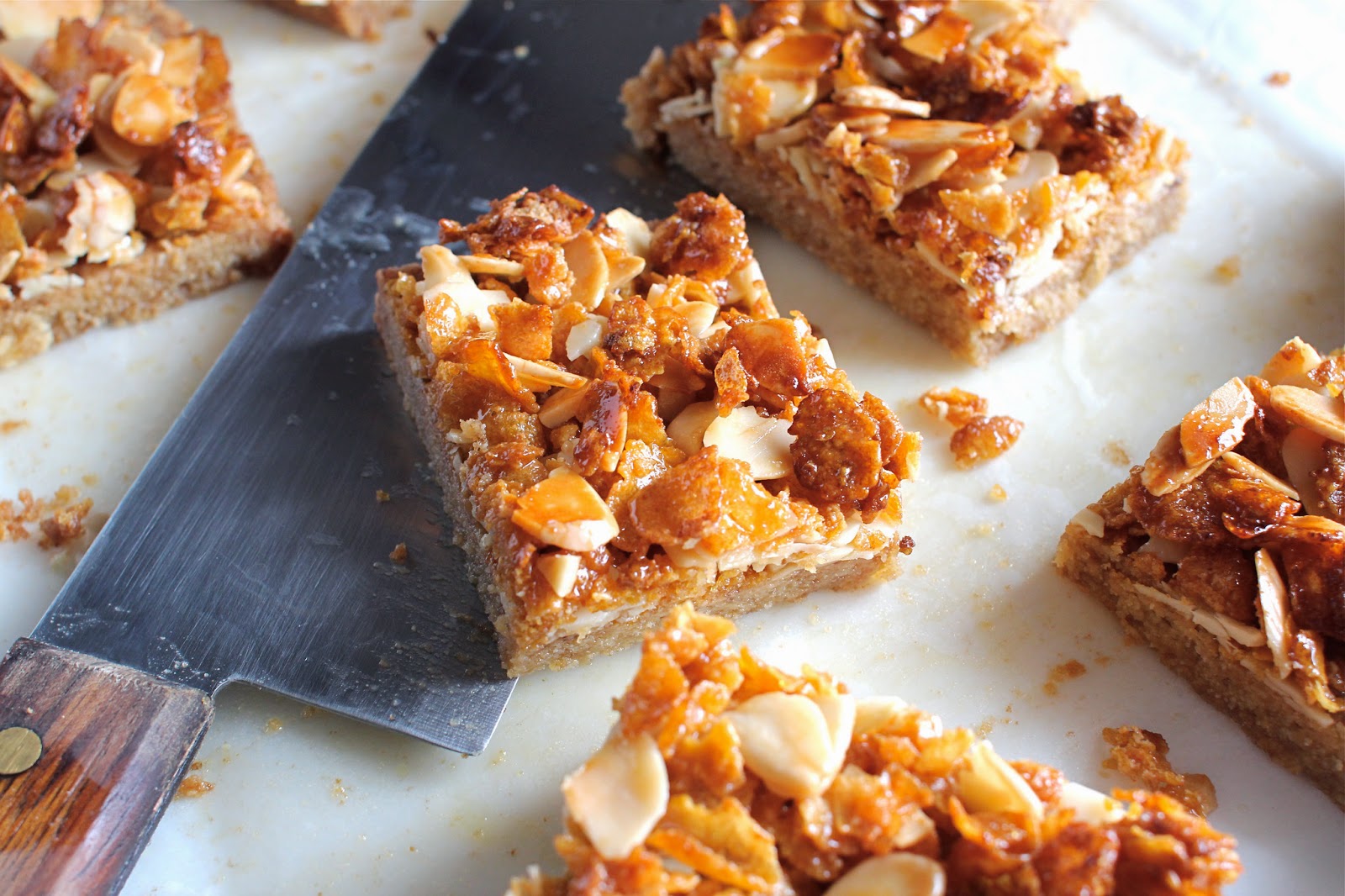 I used a cleaver to slice my slice... 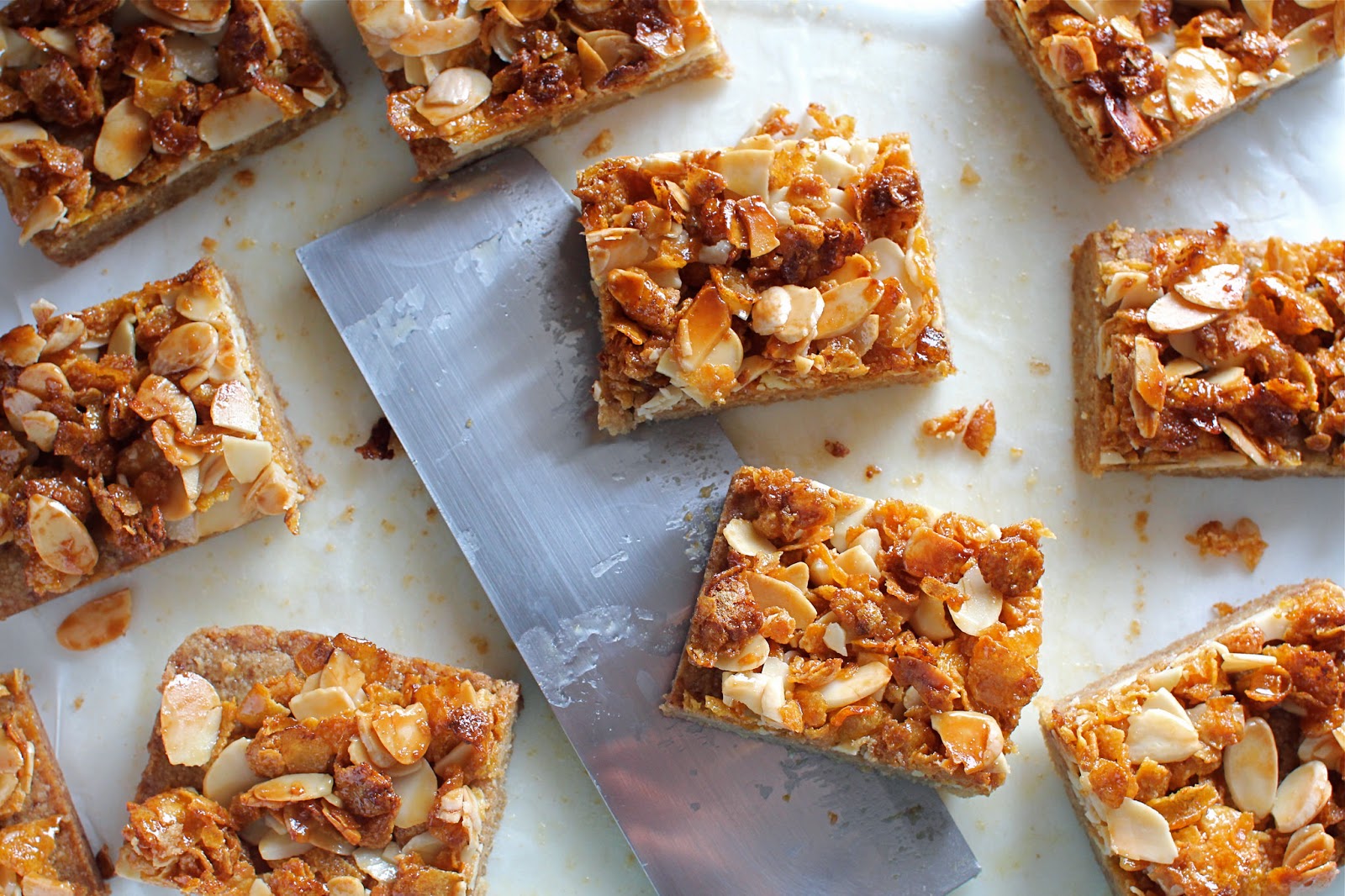 In recent months, I have discovered Momofuku’s Cornflake Crunch.
It has also been a dangerous discovery as I can’t get enough of it.

It’s such a simple idea – take cornflakes, mix it with some milk powder, sugar, a bit of salt and melted butter, and bake slowly in the oven at a low temperature until its all toasty, buttery and crunchy. But the transformation to the cornflakes is phenomenal and addictive.

Momofuku’s Cornflake Crunch was originally created to accompany their Cereal Milk Panna Cotta. Cereal Milk is one of the things Momofuku is best known for and in their cookbook it describes it as something that “seems almost dumb”, as it’s just cornflakes steeped in milk giving it the flavour that everyone knows, it’s what’s leftover after you eat a bowl of cereal – the dense, tasty, slightly sweet, starchy, corny milk left on the bottom of your cereal bowl. Bringing back nostalgic childhood memories!

Another childhood memory I have of cereal is Honey Joys which are another simple little treat, where cornflakes are combined with honey, sugar, butter and then baked in patty cases in the oven. 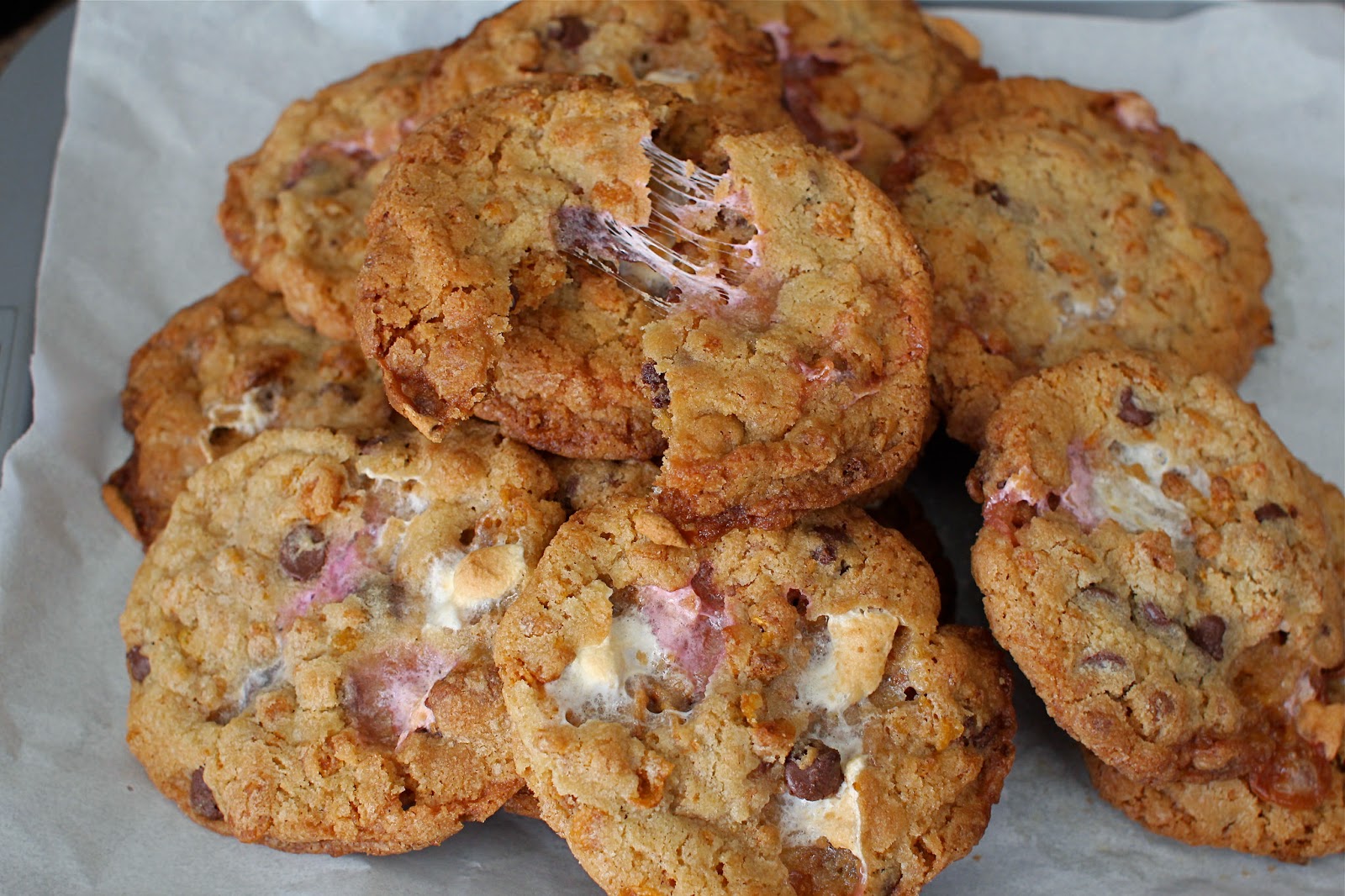 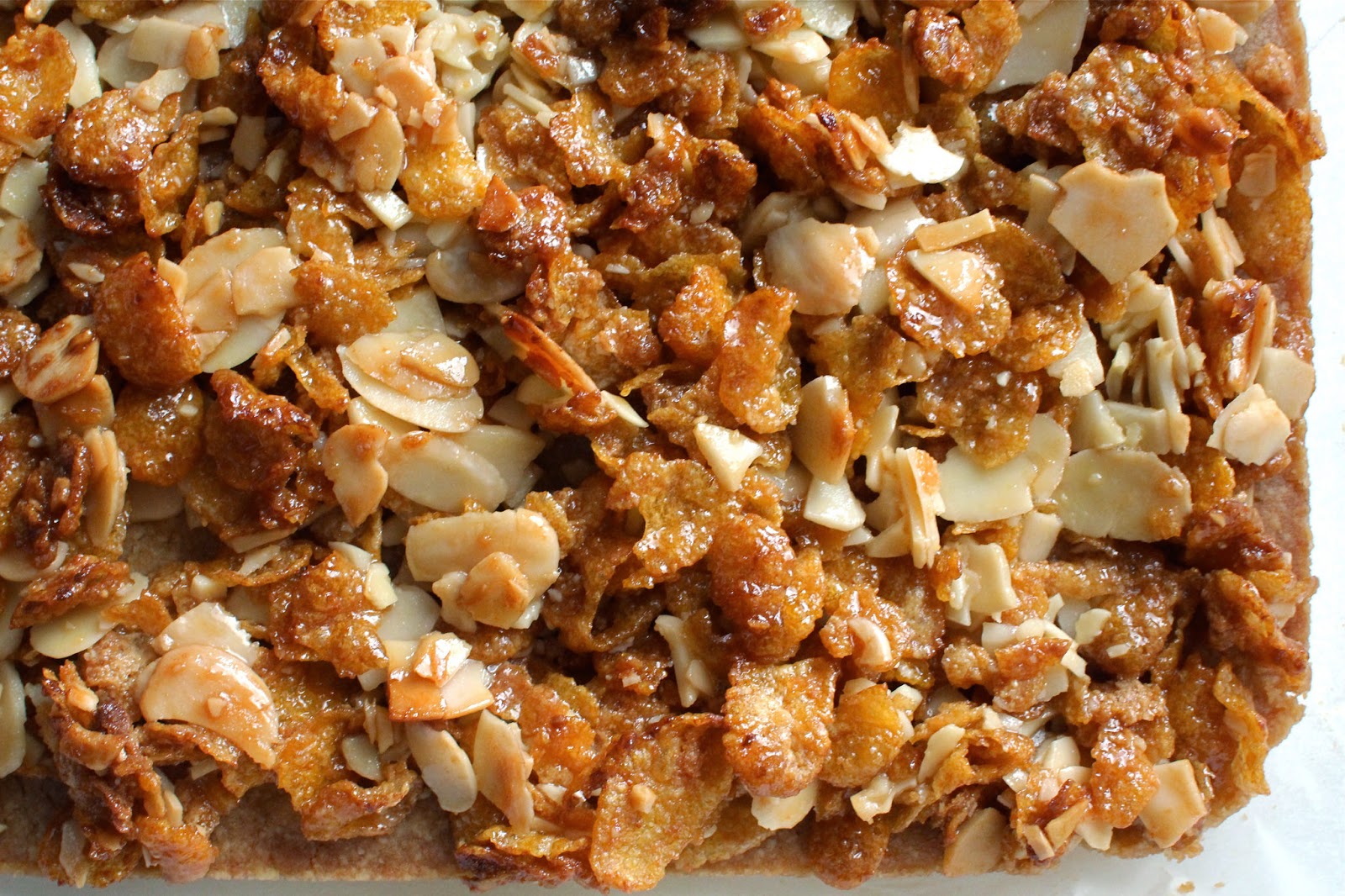 The reaction to these are always positive and I also get a lot of comments on the cornflakes, like “what’s in them?”…. “there is something in these cornflakes that I can’t explain but it tastes amazing”... it’s that unexplained taste that makes everything better, kind of like MSG! 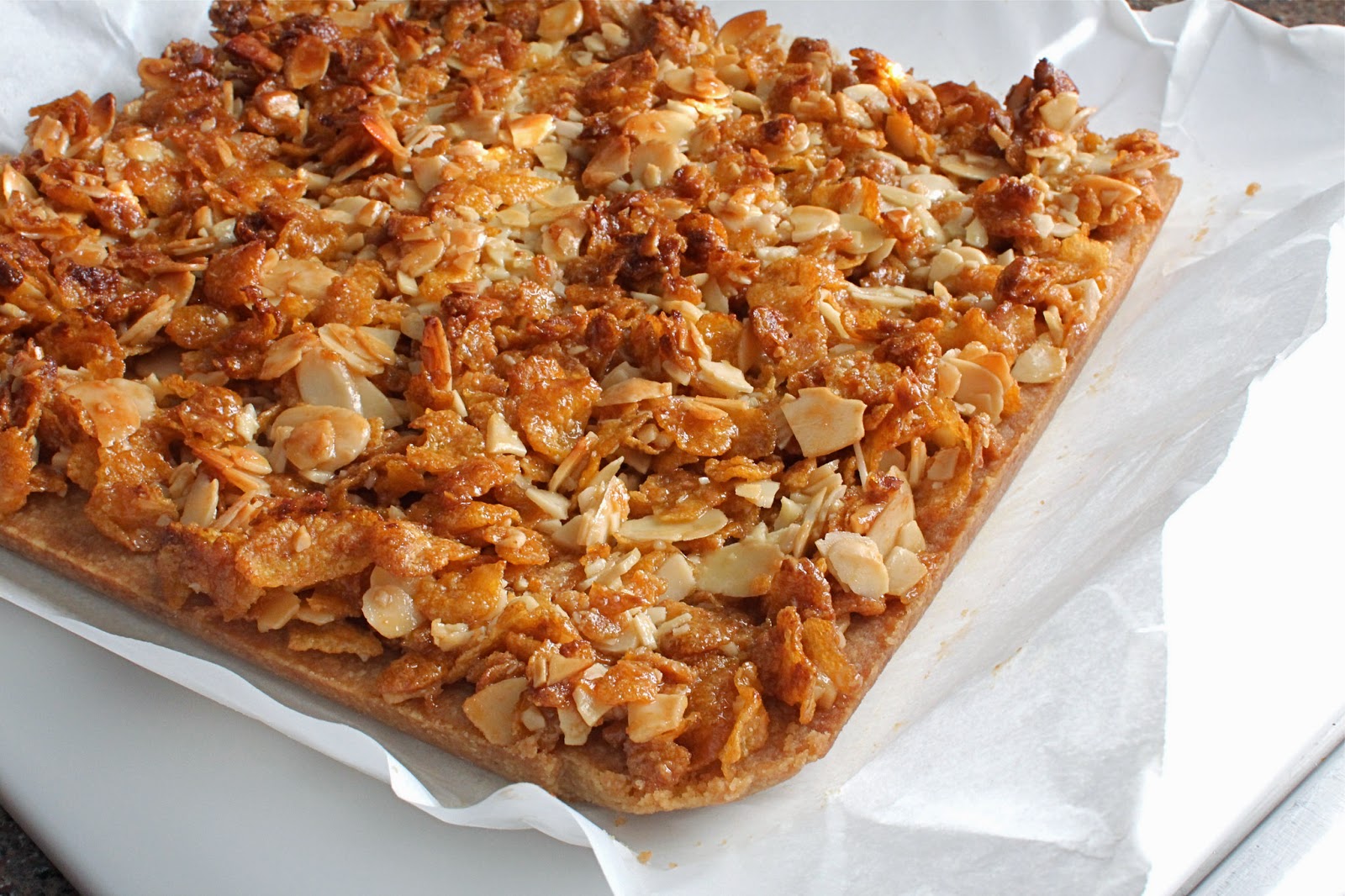 Recipe for Momofuku’s Cornflake Crunch is available on their website and summarised here -->  Preheat oven to ~130C and in a large bowl, combine 170g of cornflakes (crush them a bit first) with 40g milk powder, 40g caster sugar, 4g salt and 130g melted butter. Toss everything thoroughly together and the butter will bind the dry ingredients to the cereal, forming small clusters. Spread the cornflake clusters onto a baking tray lined with greaseproof paper and bake for 20 minutes until toasted. Cool the cornflake crunch completely before using! 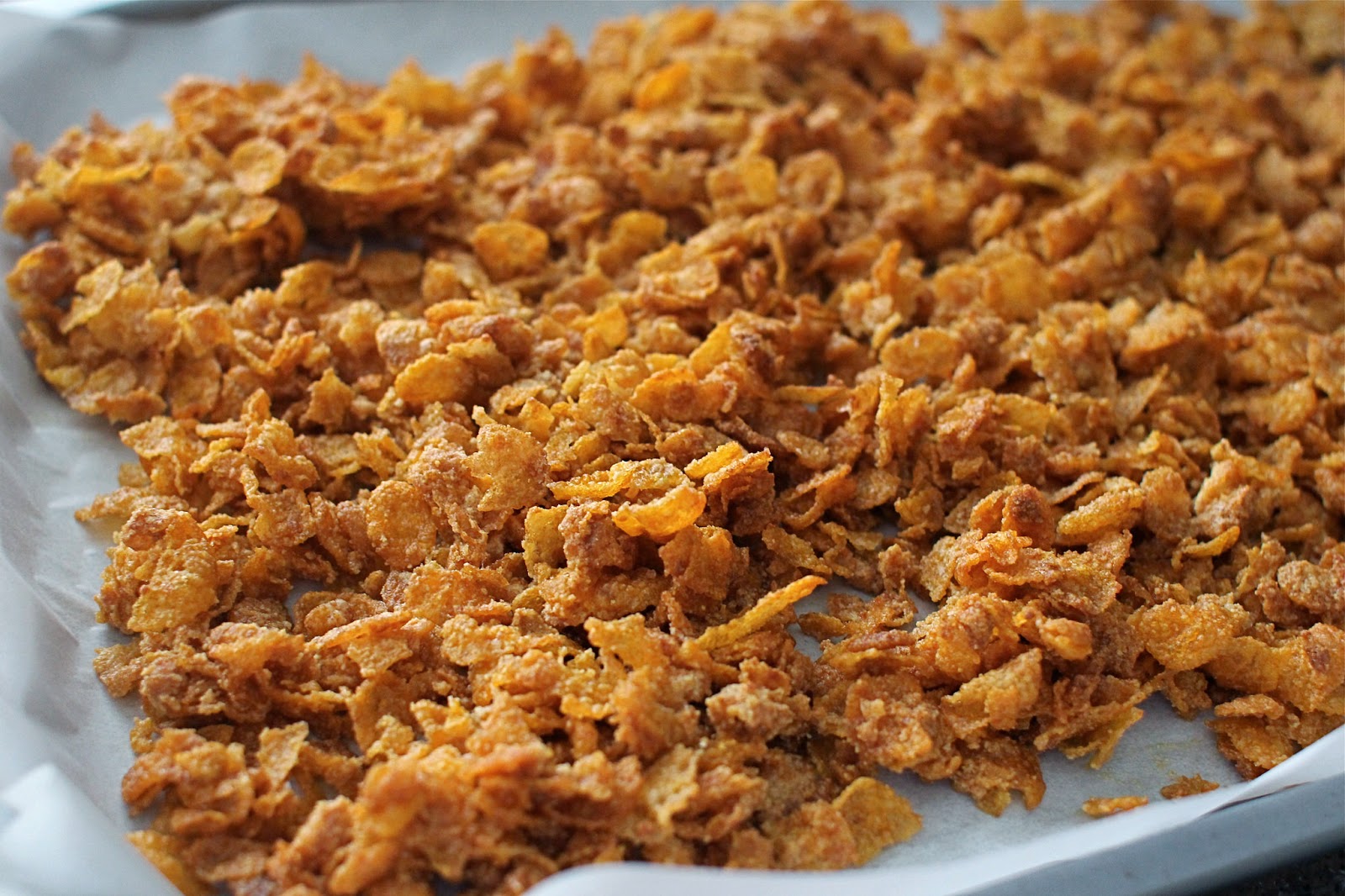 (Inspired by Momofuku’s Cornflake Crunch and Honey Joys. The basis for the almond slice recipe was adapted from the Slices to Savour article by Matt Preston that I had made before and enjoyed so I changed it to include cornflake crunch)

Combine the base ingredients together and press into the bottom of a 20cm x 20cm baking tray lined with greaseproof paper. Bake for 12 minutes or until lightly browned. Remove from oven and leave to cool.

While the base is cooling, make the topping – combine the butter and honey in a small saucepan and stir over med-low heat until the butter is melted. Simmer, uncovered for about 3 minutes or until the mixture is a light caramel colour. Turn off the heat, add the almond flakes and cornflake crunch into the saucepan, and stir to combine everything together.

Spread the topping on the base and put it back into the oven to bake for another 10-15 minutes or until golden brown.

Cool and then slice!

Posted by Blue Apocalypse at 1:22 PM