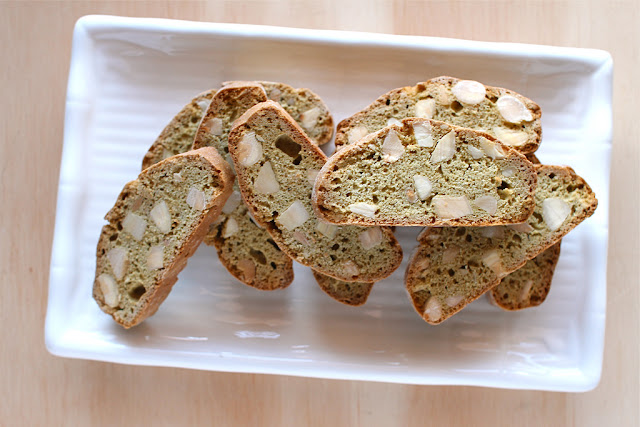 So Mark II, the Secret Cake Club Perth was born where the basic rules of there being a theme and a secret location that isn’t revealed until a day or two before the event remains the same, but there are no rules on what you can bring. A new theme is announced every month and now the possibilities of what you can make are endless – savoury, sweet, baked, unbaked, whatever…it’s all good.

Overtime it has been amazing to see Secret Cake Club Perth grow with more people attending and now the location is moving out from people’s dining/lounge rooms to different cafes in Perth and the next one is at a bar! The last Secret Cake Club Perth in July was the largest so far with 27 cake clubbers in attendance but this will be surpassed by the next Secret Cake Club coming up on the 18th of August, which over 40 people have signed up for. Registrations filled up so quickly I even missed out! It can be easy to get complacent in Perth, I know my friends and I often joke about how you don’t have to get a ticket to a gig until the last minute because things in Perth don’t sell out, but lately I’ve noticed that times are changing and you definitely have to be quick off the mark!

It’s great that there are more cake clubbers now, it means more treats and more eaters every time. I remember the days when it was just 5 cake clubbers and we each bought a cake and each tried to eat the equivalent of a cake! Now with so much more choice, you strategically select which ones you will try on the day as there is only so much cake you can eat in the space of 2 hours and then fight over the leftovers to take home.

Give me a bucket of chips, a bucket of chicken wings, anything savoury and I could eat the lot. Give me a plate of cake and I would struggle to get through it. Salt wins over sugar. Even though there are no rules on what you can bring to cake club now, baking sweets is always the majority, the savoury options are rare.

I guess there is nothing quite like sharing cake, especially a freshly made one. And the process of making it….magic happens as butter, eggs and flour are transformed by heat into something that is really pleasing. Especially during winter, the oven is just calling out to be used for baking so that it not only keeps your kitchen warm but fills it up with sweet aromas.

Eating cake is also a happy experience, you can’t be sad if you are eating cake.

The theme for the July Secret Cake Club Perth was  ‘Cup ‘O Joe’ - so basically anything with coffee or tea, or anything that goes with a cuppa. So I decided to do both. I baked green tea almond biscotti. Biscotti are twiced baked biscuits, making them dry and crunchy, and perfect for dunking into coffee. With the addition of green tea matcha powder, it’s even better with health benefits and I love the flavour and colour matcha brings to goods. 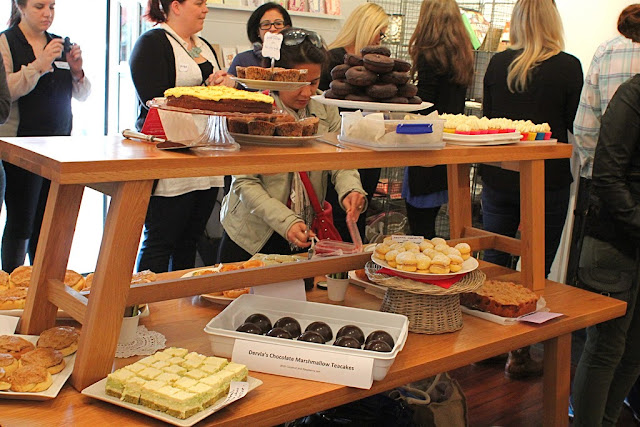 My favourite treats from ‘Cup ‘O Joe’ Secret Cake Club Perth were Dervla’s Chocolate Marshallow Teacakes, which was like a wagon wheel but better. Dervla always brings treats to cake club that are next level. Can you believe that it was her first time ever tempering chocolate, check out the shine on the spheres! 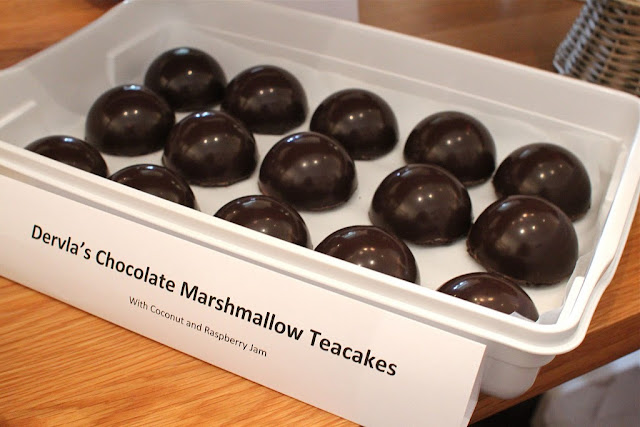 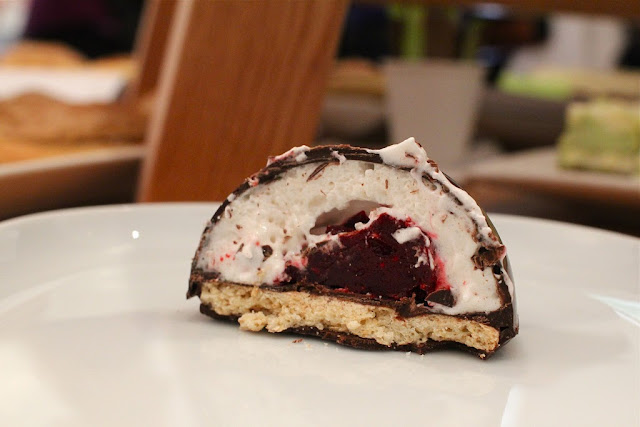 Inside shot of Dervla's Chocolate Marshmallow Teacakes - like a Wagon Wheel


And these mocha scented cupcakes filled with a chocolate ganache and topped with a coffee flavoured Italian meringue buttercream were delicious and every element of this cupcake was faultless. So good that I made sure I reserved one in my container to take home. 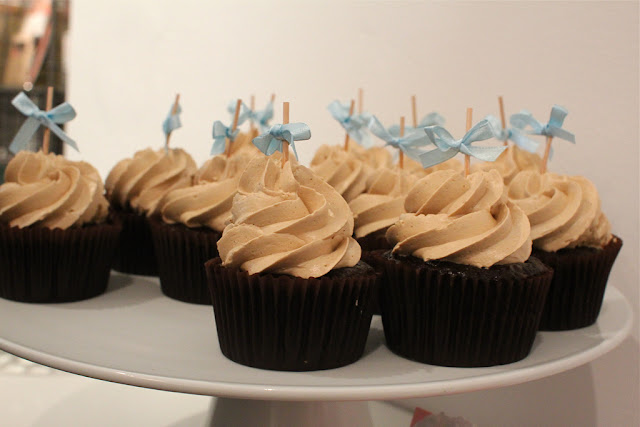 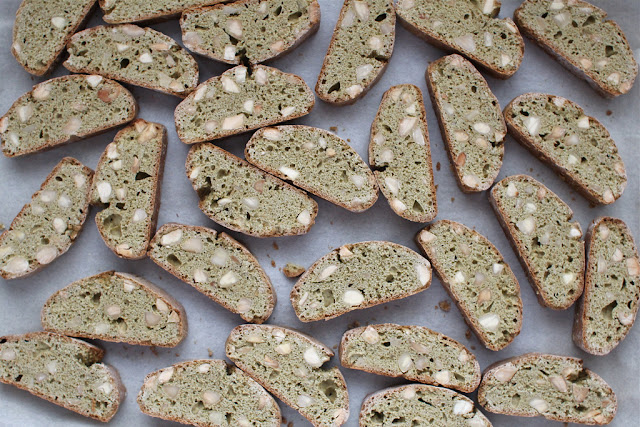 (Recipe adapted from biscotti recipes from Joy of Baking)

Preheat oven to 175C and roast the whole almonds for 8-10 minutes until lightly browned and fragrant. Let cool, coarsely chop and set aside.

Beat the sugar and eggs in a bowl for 5 minutes until it’s thick. Add the vanilla extract and beat to incorporate. Add in the flour mixture and stir with a spatula to combine, then fold in the chopped almonds.

On a lightly floured surface, turn out the dough and lightly knead until it is smooth. Divide the dough in half and roll to form a log and shaped using floured hands into a flat rectangle that is about 5-6cm in width and 1.5cm high.

Transfer the logs to the baking trays.

Bake at 175C for 20 minutes until light brown and firm to touch. Remove from the oven and let cool for 15 minutes.

Transfer the logs to a cutting board and cut with a sharp knife into 1.5cm slices. Reduce the oven temperate to 150c, place the sliced biscotti onto the baking tray and bake for 7 minutes, take out and turn the slices over and bake for another 7 minutes.

Remove from oven and let cool.

Posted by Blue Apocalypse at 10:50 PM