Coriander (also known as cilantro and Chinese parsley) is one of the most versatile and widely used herbs in the world. Coriander is used extensively in South East Asian cuisine, particularly Thai cooking, some Mediterranean and South American cuisines (hello salsa and guacamole!) and is an essential ingredient in curry powders and mixed spice. Chopped coriander leaves are commonly used as a garnish on cooked dishes. Coriander also has many medicinal properties.


It is also a herb that stimulates much venom in people who find it quite repulsive and view its distinctive smell as quite rank and its taste as ‘soapy’ and unpleasant. The flavours have also been compared to those of the stink bug. The hate for coriander is so great that there are websites (http://ihatecilantro.com/) and Facebook groups (http://www.facebook.com/pages/I-hate-coriander-Worst-herb-ever/323868066424) dedicated to bringing people together who have cilantrophobia.


So why the love-hate divide? According to some studies, it’s genetic. (Read Harold McGee's article in the New York Times on the basis for cilantro hating).


I personally LOVE coriander and this soup will give you a coriander overdose!


This is a simple homemade soup that my mum used to make.


Almost half a kilo of coriander is used (well around 400g) and the heat spreads the potency of the coriander throughout the soup, perfuming it with the aroma of coriander and giving you a pungent burst of coriander with every sip. Coupled with the salty tones of the century duck egg and savoury-sweetness from pork meat balls…this soup will enliven your senses! 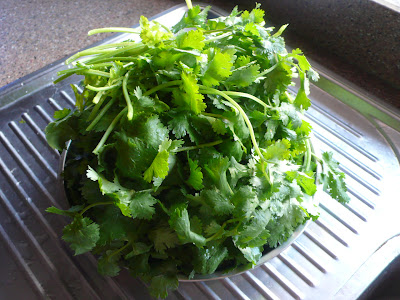 To visually present to scale the amount of coriander used in this soup.


Here is my hand and the coriander. 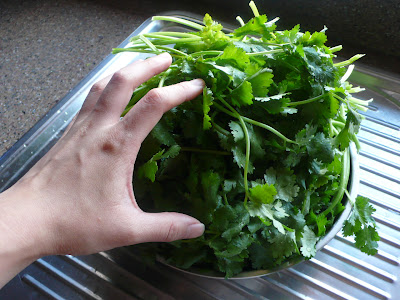 Here is a cup with the coriander. 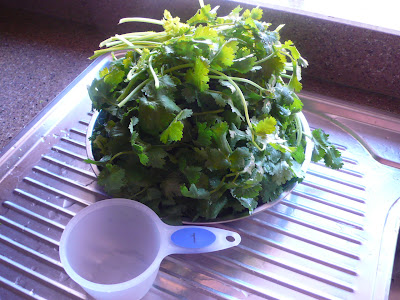 Here is an orange beside the coriander. 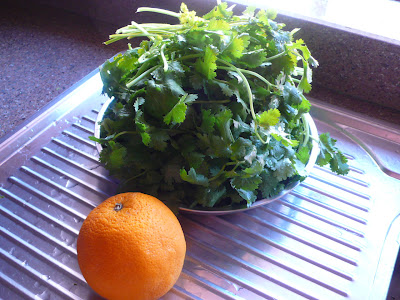 Here is the recipe. 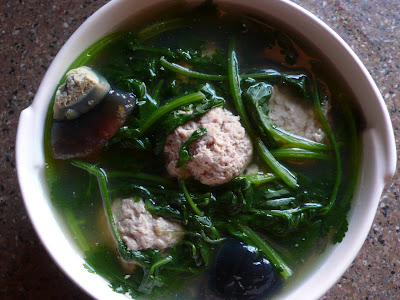 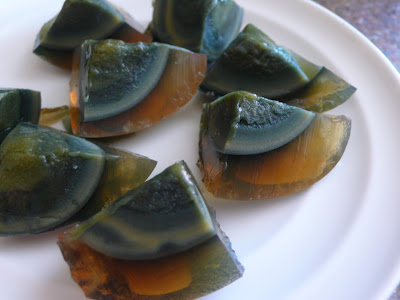 
Put the pork mince into a bowl and add some oyster sauce, fish sauce, salt and pepper. 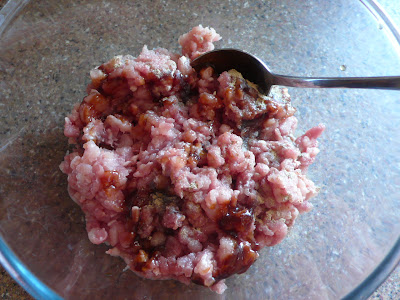 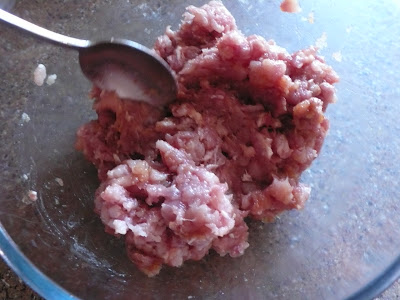 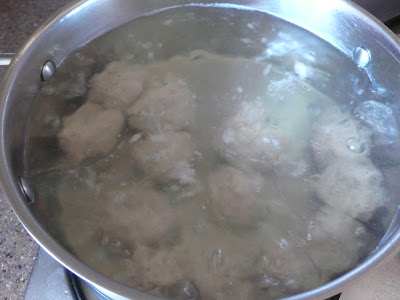 After the total of 90 minutes of cooking, season the soup - add a little salt, fish sauce and sugar to taste.


Add in the coriander last, just before serving. 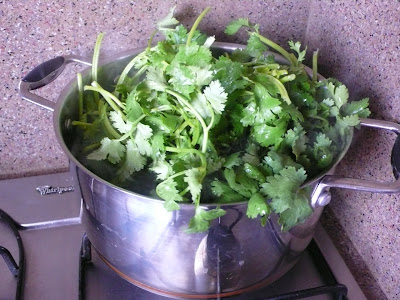 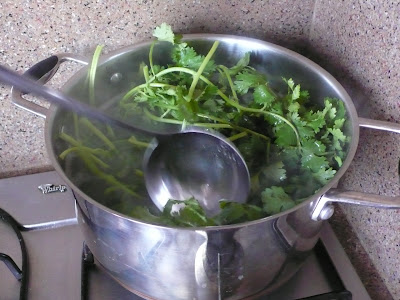 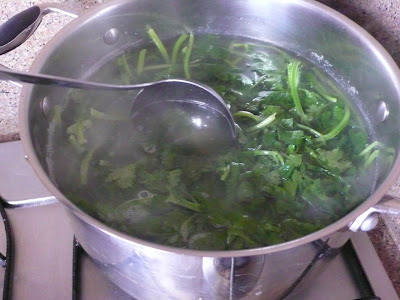 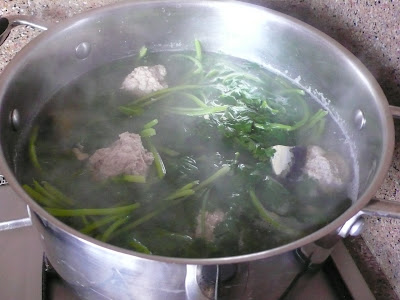 (The coriander will reduce to a third of its size) 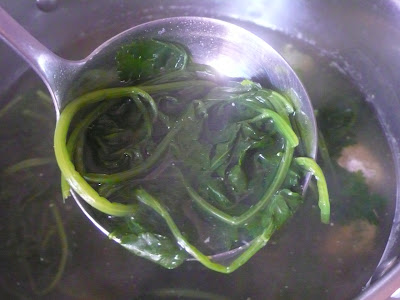 Posted by Blue Apocalypse at 10:21 AM